SOCL 307 Modernity and its Discontents

SOCL 941 Digital Selfscapes and the Optics of Otherness

I joined the Department in January 2006 after ten years at the University of Salford.

The principal focus of my academic work is the sociology of culture and cultural theory, and more specifically, the writings of particular scholars associated with the Frankfurt Institut fuer Sozialforschung (the Frankfurt School): the Critical Theorists Walter Benjamin, Siegfried Kracauer and, more recently, Leo Lowenthal. For me, these writers, while offering no overarching or systematic theory of modernity and modern culture, nevertheless (or perhaps therefore) provide some of the most fascinating insights and tantalising (frustratingly nebulous) concepts and motifs for its illumination: aura, dialectical images, improvisation, the 'ornament'.

With fieldwork funding from the Korea Foundation, I am presently collaborating (with Professor Ryu Ji-Seok, Puk-Yung National University) on a 'rhythmanalysis' of South Korea's second city, the port of Busan, drawing on urban and spatial motifs from the work of Henri Lefebvre, Marc Auge and Kracauer.

Four themes which particularly fascinate me and continue to inform my work:

I am especially interested in the ways in which the Critical Theory of the Frankfurt School can be applied to the illumination of a wide range of contemporary texts and representations and have presented and/or published papers on the writings of Paul Auster, W.G. Sebald, Orhan Pamuk, the photographs of Sophie Calle, the art of Janet Cardiff, and films as diverse as Suzhou River and Toy Story 2! As part of my work of film, I gave the keynote address at the academci conference attending the 2014 Busan International Film Festival, discussing the films of Christopher Nolan and Nuri Bilge Ceylan.

I have undertaken archive research in Germany with the support of the Leverhulme Trust and the Alexander von Humboldt Foundation and have been a regular guest at the Nordic Summer University.

Funded by the Korea Foundation, my most recent research has been urban fieldwork in Busan, South Korea in autumn 2014.

I am very happy to supervise doctoral students in any area of Critical Theory, or in cultural theory more generally or in regard to any of the above themes. 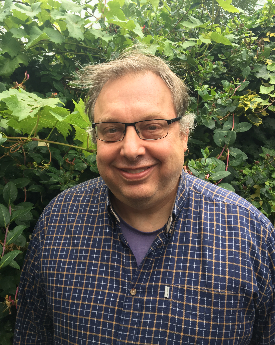