My research works at the intersections of anthropology and the field of feminist science and technology studies, focused on cultural imaginaries and material practices of technology design. My current research extends my longstanding critical engagement with the fields of artificial intelligence and human-computer interaction to the domain of contemporary militarism. I am concerned with the question of whose bodies are incorporated into military systems, how and with what consequences for social justice and the possibility for a less violent world.

I came to the Sociology Department and the Centre for Science Studies at Lancaster after twenty years as a researcher at Xerox's Palo Alto Research Center. My early research was centered on relations of ethnographies of everyday practice to new technology design. Drawing on studies of work, science and technology studies, and feminist theorising, I've been concerned to recover the culturally and materially embodied identities, knowledges and practices that make up technical systems. This involves, among other things, reconstructing technologies from singular objects located at the center of a surrounding social world, to heterogeneous assemblages of social and material practices. I've explored these reconstructions through critical studies and through experimental, interdisciplinary and participatory interventions in new technology design. Along with colleagues at Xerox PARC I carried out a series of projects sited in particular workplaces (an airport, a large Silicon Valley law firm, a state department of transportation) that combined ethnographic studies of work and technologies-in-use with the in situ development of new prototype information systems.

I spent my university years beginning in 1968 at UC Berkeley, receiving a Ph.D. in Social/Cultural Anthropology in 1984. My dissertation Plans and Situated Actions: the problem of human-machine communication was published by Cambridge University Press in 1987. It provided a critical analysis of constructions of human action and communication assumed in the design of interactive machines, and proposed an alternative perspective drawn from developments in the social sciences. A sequel to that book titled Human-Machine Reconfigurations was published by Cambridge University Press in 2007. This edition includes an annotated version of the original text, plus five new chapters looking at relevant developments since the mid 1980s in computing and in social studies of technology. The focus is on humanlike machines and new forms of human-computer interaction on one hand, and recent theorising regarding humans, machines and relations between them on the other.

At my departure from Xerox PARC I held the positions of Principal Scientist and manager of the Work Practice and Technology area, an interdisciplinary research group which I co-founded in 1989. In 1988 I received the Xerox Corporate Research Group's Excellence in Science and Technology Award. I served as Program Chair for the Second Conference on Computer-Supported Cooperative Work in 1988, and for the first Conference on Participatory Design of Computer Systems in 1990. I was a founding member of Computer Professionals for Social Responsibility and served on its Board of Directors from 1982-1990. I have been a Visiting Senior Research Fellow with the Work, Interaction and Technology Research Group at King's College London, an Adjunct Professor at the University of Technology, Sydney's Interaction Design and Work Practice Laboratory, and an Adjunct Professor at the Information Technology University in Copenhagen, Denmark. I'm also a Collaborating Editor for the journal Social Studies of Science, and during the years 2016 and 2017 I was President of the Society for Social Studies of Science (4S).

In April of 2002 I received the Benjamin Franklin Medal in Computer and Cognitive Science, and in August 2005 the Outstanding Contribution to Research Award from the Communication and Information Technologies Section of the American Sociological Association. In 2010 I received the Lifetime Research Award from the Association of Computing Machinery (ACM) Special Interest Group on Computer-Human Interaction. In 2011 I received an Honorary Doctorate from the Faculty of Culture and Society, Malmö University, Sweden. In 2014, I had the great honour of receiving the Society for Social Studies of Science (4S) John Desmond Bernal Prize for Distinguished Contribution to the Field.

I am a member of the International Committee for Robot Arms Control, and have an occasional blog titled Robot Futures.

Links to indicative conversations and talks:

A Document of real/virtual Trauma in the Technosphere, HKW Berlin, 2015

SOCL210 Virtual Cultures: an undergraduate course that explores new information and communications media, including the progressive expansion of life online, and the increasingly intimate relations between life online and off.

SOCL908 Anthropology of Cybercultures: a postgraduate course on the social history, cultural and material qualities of digital artefacts, their place in professional and popular discourses, and practices of their design and use.

SOCL208 Gender, Sexuality and Society: an undergraduate course on contemporary issues considered through the lens of feminist research.

I am now retired (albeit research actively!) and so I am not accepting new PhD students at this time. 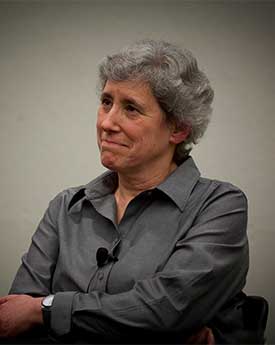