Ngai-Ling Sum's theoretical interests centre on the regulation approach, international political economy, and the challenges of post-structuralism. She is particularly interested in developing a 'cultural political economy' that combines the 'cultural turn' and the study of 'political economy' considered both as a set of methods and as a field of study. She is also the co-director of the Cultural Political Economy Research Centre (for more information on 'cultural political economy' and the centre visit http:www.lancaster.ac.uk/cperc). More recently, she has been working on global governance, transnational business governance, corporate social responsibility and the cultural political economy of competitiveness. Together with Prof. Bob Jessop, she co-ordinates an ESRC seminar series on 'Changing Cultures of Competitiveness' 2007-9 (http://www.lancs.ac.uk/fass/events/changingcultures/). She was granted the British Academy BARDA Award 2008-2010 on the Changing Cultures of Comeptitiveness: Comapring China and India.Empirically, she studies the 'cultural political economy' of Asia, cross-boder region of 'Pearl River Delta', the newly-industrializing countries before and after the Asian Crisis, and the BRIC imaginay. She participates in two international research projects on 'post-Crisis Asia' funded by the Korean Science Foundation and the EU Framework Six 'Priority 7' Programme on 'Citizens and Governance in a Knowledge-Based Society'. She is currently on the editorial boards of Pacific Review and Kasarinlan: Philippine Journal of Third World Studies. She is also Programme Director of the MA on Globalization and the Information Age: Post-Disciplinary Perspectives and the Co-Director of MA Programmes. Her co-authored book (with Bob Jessop) on Beyond the Regulation Approach won the Gunnar Myrdal Prize for the best book published in 2006 that conforms broadly to the aims of the European Association of Evolutionary Political Economy.

2007-9 ESRC research seminar series on 'Changing Cultures of Competitiveness' (with Universities of Bristol, Manchester, Newcastle and Northumbria) (No. RES-451-26-0439)

Sum, N-L. (2009) 'The Production of Hegemonic Policy Discourses: "Competitiveness" as a Knowledge Brand and its Recontextualizations', Critical Policy Studies, 3 (2): 184-203. 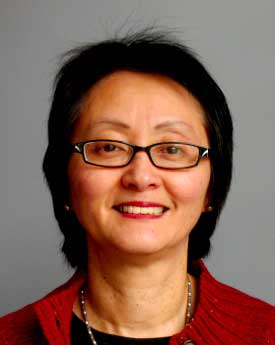 My office hours are Thursday 1-3.