My research and teaching draws across the disciplines of sociology, social policy, cultural studies, gender and women's studies and critical media studies. I am interested in questions of cultural politics, representation, inequalities and the ways in which popular consensus is produced, contested and circulated. My research investigates these broad questions in connection with a number of topics, including parenting culture and policy, welfare imaginaries, and the history, and resurgence, of eugenics.

My research looks at how different kinds of cultural 'objects' - policy, political speech, media and cultural texts - work together to produce and circulate commonsense ideas about welfare, parenting, family, reproduction, inequality and the future. I have done substantive research on parenting culture, media and policy, analyzing the media and policy production of 'the dysfunctional family', and exploring how this operates as a key consensus object for recent 'post-welfare' shifts in citizen entitlement. My book Parenting The Crisis: the cultural politics of parent-blame (2018) gives an overview of the ways that a powerful consensus of dysfunctional families was manufactured across two decades in the UK.

My current research explores the resurgence of eugenics and reproductive politics in a political moment characterised by authoritarianism and the dismantling of social security systems. This research investigates the reactivation of eugenic discourse and ideas, especially as they connect to the welfare state in the present austerity moment. This new project connects welfare history, population and demography, feminist theory and critical race studies, and speaks to the rise of authoritarianism and reproductive politics around the world.

I teach on a number of modules in the Dept. I convene the following modules:

I also teach on the following modules:

GWS101 Introduction to Gender and Women's Studies (Part I undergraduate)

I welcome applications for PhD supervision and I am happy to discuss proposals in any of the following areas: The cultural politics of austerity/poverty - welfare policy, activism and change - representing and imagining the welfare state - the politics and economics of television - gender, feminist activism and theory - parenting culture media and policy - the history, present and future of eugenics - reproductive justice You should be motivated, curious and have a strong academic record.

The Cultural Politics of Activism and Motherhood
Invited talk

Constructing the 'Benefit Brood': poverty, policy and the politics of entitlement
Invited talk

Outstanding Contribution to Student Experience
Prize (including medals and awards) 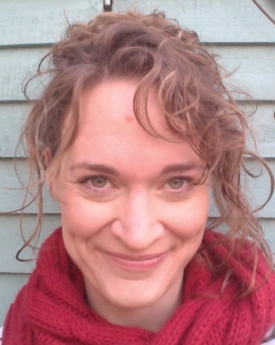