© Photo by Brendan Church on Unsplash 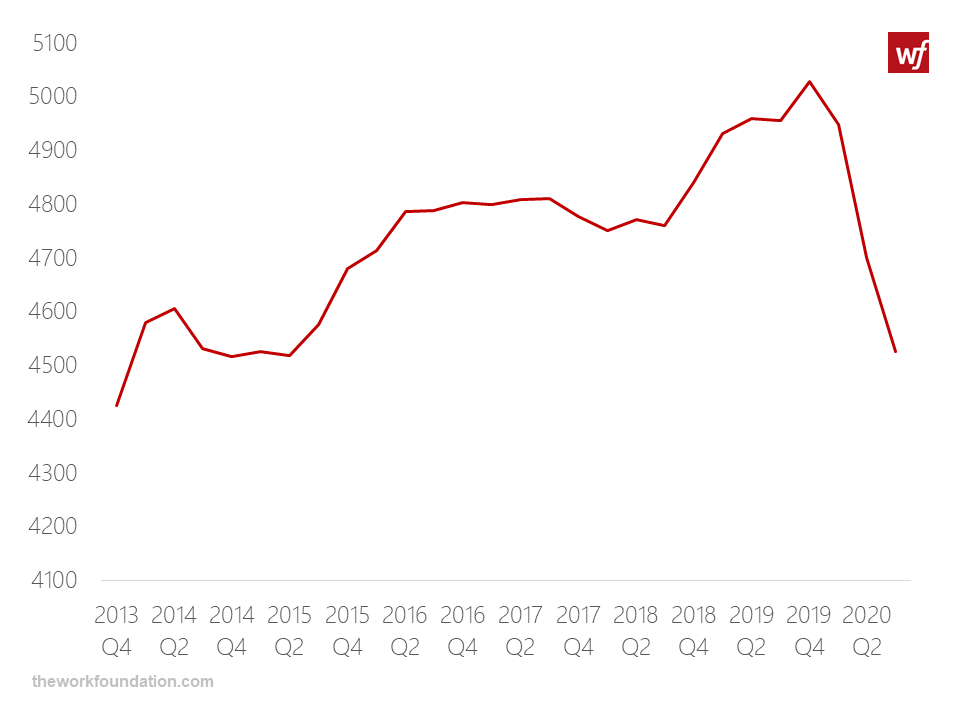 While men are more likely to be solo self-employed than women (65% vs. 35%), the crisis has had a disproportionate impact on male freelancers, accounting for 77% of the fall in solo self-employment.

There are large sectoral differences, with male solo self-employment falling most steeply in the construction sector, dropping by 90,000 jobs. This includes a reduction of around 55,000 jobs among bricklayers and masons, roofers, plumbers, carpenters and joiners, and a further 32,000 jobs among plasterers, floorers and painters. Although construction work was allowed to continue during lockdown, social distancing measures and a reduction in demand, particularly for new public housing, depressed activity in the sector. For women, 82% of the fall in solo self-employment was concentrated in services, which fell by 49,000 roles. This affected women working in roles like domestic and commercial cleaners, launderers and dry cleaners, due to strongly reduced demand for these services. A survey by the cleaning app TidyChoice showed that bookings for domestic cleaners fell by nearly 70% in the first lockdown, attributing this to customers being concerned over safety as well as the disruption of cleaning services to homeworking and home-schooling. Further, as the crisis deepened, many households have experienced a change in financial circumstances, which has impacted the demand for domestic cleaning.

Fig. 2: Change in number of solo self-employed workers between 2019 and 2020, by gender and sector 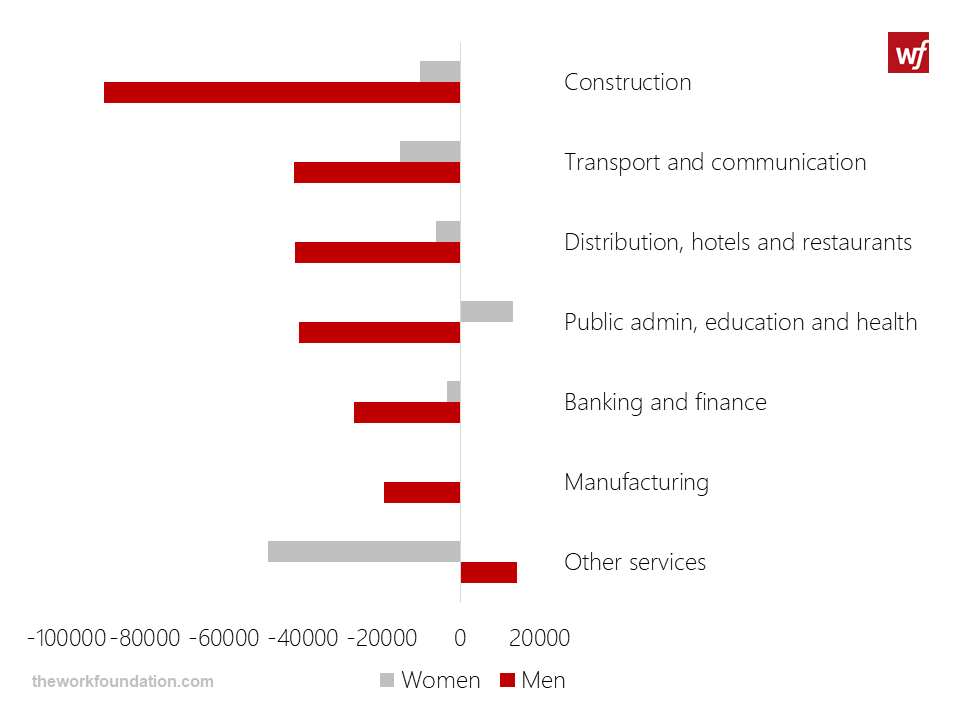 The Covid-19 crisis has seen a large outflow of solo self-employed workers, perhaps due in part to some not having access to the Self-Employment Income Support Scheme (SEISS), the grant based equivalent to furlough for the self-employed. The IFS (2020) found that more than 50% of ‘current’ solo self-employed workers in a given quarter had been unemployed or categorised as ‘inactive’ in the previous quarter, meaning they were out of work and not looking for work. This means these workers have not been self-employed long enough to be eligible for income support through SEISS, which is restricted to those who traded during the 2018-2019 tax year. The ONS estimates this affects at least 151,000 self-employed workers.

The fourth SEISS grant will cover February to April 2021 and though we are unlikely to see changes in the eligibility criteria at this stage, it is not unthinkable that we will see a fifth grant period in summer. Even when restrictions are reduced, the economic landscape is likely to remain challenging for some time and it would be wise for government to extend the income support scheme to reflect this. Further, the eligibility criteria for the SEISS should be widened to include support for self-employed workers who started trading more recently. This would serve to protect these workers from extreme financial hardship, and to ensure self-employment is a viable option for workers who will find it very challenging in the context of large-scale redundancies and low number of vacancies, to find a job.