I am Senior Research Associate on the Davy Notebooks Project (Arts and Humanities Research Council funded).

I studied at Durham University (2004-07) and Newcastle University (2007-08; 2009-12). After completing my PhD (Arts and Humanities Research Council funded) on the philosophy of death in the poetry of William Wordsworth and Percy Bysshe Shelley, I worked as Research Assistant on two projects in the School of English Literature, Language and Linguistics at Newcastle University: The Letters of William Godwin (Oxford University Press), gen. ed. Pamela Clemit, volume III, ed. by M. O. Grenby (forthcoming), and The Poems of Shelley (Longman Annotated English Poets), volume IV, ed. by Michael Rossington, Jack Donovan, and Kelvin Everest (London: Routledge, 2013).

I am Managing Editor of Nineteenth-Century Contexts.

I currently serve as the Postdoctoral Representative on the Departmental Research Committee. I also serve on the Project Board of Prosper (project led by the University of Liverpool; project partners the University of Manchester and Lancaster University; funded by the UKRI Research England Development Fund).

My current research interests include Romantic-period literature, 1798-1822 (especially poetry, and especially the writings of Shelley and Wordsworth); philosophy (especially of death) in Romantic-period literature; the writings of Humphry Davy (especially his letters), John Davy, and the relationships between literature and science in the early nineteenth century; and the theory and practice of scholarly editing. I have published articles on Crabbe, Davy, Keats, Shelley, and Wordsworth. I am currently completing my first monograph, on Shelley and death. 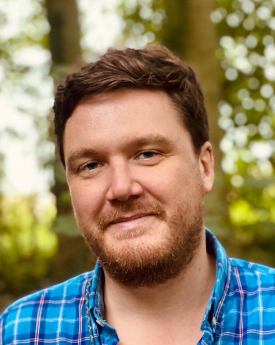