A former freelance writer, Graham Mort has worked as a poetry specialist, educational writer, editor, and tutor in a wide range of settings throughout the UK and overseas. Formerly Director of Studies for the Open College of the Arts, he is a distance learning and eLearning specialist. He has designed eLearning provision for MA and PhD programmes at Lancaster. Graham has served as a member of the AHRC Peer Review College (2010-14) and was awarded a National teaching Fellowship in 2015 in recognition for individual excellence and his work in building international learning communities. In 2017 he was awarded a Leverhulme International Felllowship to explore ideals of liberty in South Africa.

As part of the AHRC-funded Creative Exchange project based at Lancaster, Graham has worked with the Digital Fiction Factory, BBC Learning and digital designers Atomhawk and Desq to create interactive digital protoypes derived from existing BBC programmes for user-testing. He was Writing Fellow at the University of the Western Cape, South Africa, for six weeks during Spring 2014. In 2014 he also worked as a consultant to Soran University in Kurdistan, helping to design a new project, Many Women, Many Words, which sought to research the narratives of older women who had lived through Saddam Hussein's Anfal campaign against the Kurds. In March 2015 he was a guest poet at the Asia Pacific International Poetry festival in Hanoi, Vietnam. In 2016 he visited writing centres in Beijing and Nanhai in China as a member of an international groups of poets led by Jami Xu.

Graham was project leader of the British Council/Lancaster University African writers mentoring scheme, Crossing Borders (2001-2006). He was then the consultant and designer of a new British Council/Lancaster University project in Africa, Radiophonics (2006-2009), which developed new writing for radio in partnership with Nigerian and Ugandan FM stations. African research projects have has taken him to Uganda, Malawi, Kenya, Ghana, S. Africa, Zimbabwe and Nigeria in recent years. He was the UK adviser for, the Beyond Borders pan-African literature festival in Uganda in October 2005, an event hosted by the British Council and involving writers from the UK and 17 African countries. Graham was Chief Guest at the Femrite Reading Uganda festival in 2010 and has continued to work with this writers' association on writing and editorial training projects. Graham has won Lancaster University 'Community' and 'Communications and Media' staff prizes for his work in Africa.

His research interests include contemporary fiction and poetry, eLearning, literature development project design, emergent African writing and narratives of diaspora. He was a co-applicant on the Moving Manchester research project, which received an AHRC award of £365,000 to research the writings of migrant communities in Greater Manchester since 1960. Graham is co-director of the Centre for Transcultural Writing and Research which hosts the new Tran-Scriptions seminar series Writing for Liberty on writing, politics, location and culture, linking academic research to readings by contemporary writers - these took place throughout 2012-14 and culminated in the Writing for Liberty conference in April 2015. He is a steering group member for the AHRC-funded research project The Author and the World (PI Dr. Rebecca Braun) and a participant in the Poetry in Public Places project.

Graham's first collection of poems, A Country on Fire, won a major Eric Gregory award from the Society of Authors; Circular Breathing, was a Poetry Book Society recommendation. A new collection of poems, Visibility: New & Selected Poems, was published by Seren in 2007. He has also written short fiction and radio drama for BBC Radio 4 and performed his work at literature festivals and venues throughout the UK and overseas. He was winner of the Bridport International Short Story Prize, 2007; a collection of his short fiction, Touch, was published by Seren in March 2010 and won the Edge Hill Prize for a collection of short fiction in 2011. In June 2013 his poem 'The Fetching' was featured as poem of the week in the Guardian Online: http://www.guardian.co.uk/books/2013/jun/10/the-fetching-graham-mort-poem-week and in 2014 he won the Short Fiction Magazine International Short Story Prize. His work has been translated into Turkish, Greek and Vietnamese. A new book of short fiction, Terroir, was published by Seren in May 2015 and long listed for the 2016 Edge Hill prize; his latest book of poems is Black Shiver Moss, Seren, 2017.

Centre for Transcultural Writing and Research

Freelance writer and artist in education 1986-2002

Course Leader in Creative Writing, Open College of the Arts 1990-1999

Composition in fiction and poetry, especially with transcultural emphasis 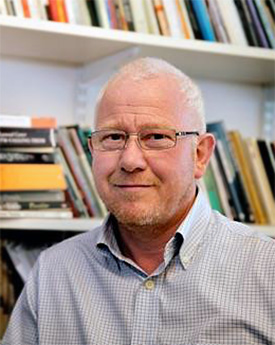