Jane Draycott was born in 1954 and studied at King's College London and Bristol, where she took a postgraduate degree in Medieval English Literature. Her most recent poetry collection The Occupant (Carcanet 2016) is a Poetry Book Society Recommendation that follows her 2009 collecton Over, shortlisted for the T S Eliot Prize.

Listed as one of 20 'Next Generation' poets by the PBS/Arts Council (2004), her first two collections No Theatre (Smith/Doorstop 1996) and Prince Rupert's Drop (OUP 1999) were both nominated for the Forward Poetry Prize, and her 2004 collection The Night Tree (Oxford Poets) was a Poetry Book Society Recommendation. In 2002 she was winner of the Keats Shelley Prize for Poetry, and was nominated for the Forward Prize for Best Single Poem. She was poet-in-residence at the River and Rowing Museum, Henley, creating sound montages and an audio archive with London's working watermen, as well as a short collection, Tideway, illustrated by Peter Hay (Two Rivers Press 2002).

Other collaborative work includes award-winning audio-montages with Elizabeth James for BBC Radio3, LBC and the web, and the Online/Offline Writing and Sound Project for trAce Online Writing Department at Nottingham Trent University, contributions to the British Film Institute projects Psychopoetica and Poets on Pasolini: A New Decameron (devised by Simon Barraclough), as well as to Beginning to See the Light, a film/performance project curated by Jaybird Live LIterature & The UK Poetry Society.

In addition to her teaching at Lancaster she is Senior Course Tutor on the MSt Creative Writing at the University of Oxford, and Tutor for the Arvon Foundation and the Poetry School, London. In 2004, she designed and delivered the British Council's Transcripts (South Asia) and Crossing Borders international writing projects. She was Royal Literary Fund Fellow 2004-06 at Oxford Brookes and 2010-12 at Aston University, and an RLF Lector 2013-16. In 2013 she completed a two-month residency in the Netherlands hosted by the Dutch Foundation for Literature.

She has been on the judging panels for the TS Eliot Prize for Poetry and the Popescu Prize for European Poetry in Translation. Her translation of the 14th-century dream vision Pearl was a Poetry Book Society Recommendation 2011 and a Times Stephen Spender Prizewinner. Storms Under the Skin, translations of selected poems of the 20th-c. artist-poet Henri Michaux, is due from Two Rivers Press in 2017

My principal areas of practical research are in poetry and poetic translation, poetic sound-montage and the short story. I have been interested in the connections between medieval dream narratives and the jump-cut and dramatic effects of some modernist poetry - my current new work 'After Awater' takes its lead from the long 1934 poem 'Awater' by Dutch poet Martinus Nijhoff. I am also currently completing translations of some of the 1930s poems of Henri Michaux. 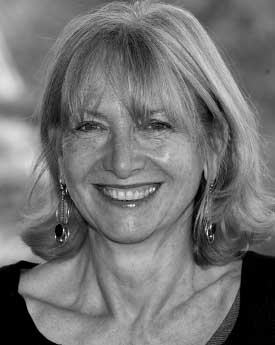