Sarah Corbett lives in Hebden Bridge, West Yorkshire, she grew up in North Wales and studied at the Univeristies of Leeds, East Anglia and Manchester, where she completed her PhD in Critical and Creative Writing in 2013. She has published five collections of poetry, most recently A Perfect Mirror (Pavilion Poetry/Liverpool University Press, 2018), the verse-novel, And She Was, (Pavilion Poetry, Liverpool University Press, 2015) and with Seren Books:The Red Wardrobe(1998),The Witch Bag (2002) and Other Beasts (2008). The Red Wardrobe won an Eric Gregory Award in 1997 and was shortlisted for the T.S Eliot and Forward prizes. A selection of her translations of the Dutch poet Mustafa Stitou can be found in Uit Het Hoofd/By Heart (Five Leaves Press, 2006). Sarah regularly collaborates on projects with other artists, writers and filmmakers; her collaboraiton with the visual artist Zoe Benbow, 'Dorothy's Colour', an exhibiiton of poems and paintings drawing on the Grasmere Journals of Dorothy Wordsworth and supported by Arts Council England, Lancaster University and The Wordsworth Trust, toured in the UK in 2017/18, and an adaptation of her short story 'Deer, Woman, Child' was recently filmed by filmmaker Gabrielle Russell (Senior Lecturer in Directing at the Northern Film School). From 2013 - 18 Sarah ran and hosted the 'poetrynites@thebookcase' monthly reading series in Hebden Bridge. She has just completed her first novel, Go, Said the Bird, and is working on a series of poems about staes of transition in the female body. Her chapter on 'Sylvia Plath in Bronte Country' will be published in a new critical book on Plath, Sylvia Plath in Context, by Cambridge Univeristy Press, in September 20i9. 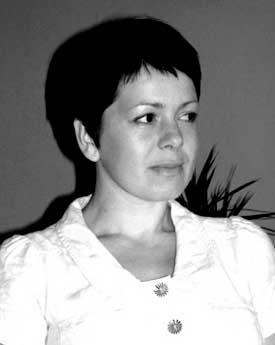