HIST105: Histories of Violence: How Imperialism Made the Modern World

HIST420: How Historians Understand and Explain

I have a forthcoming monograph that explores the ways in which the Hindu temple was understood during the colonial intervention of the nineteenth and twentieth century. For more details see my research webpage: The Hindu Temple and Modernity.

I am interested in the physical pasts of Delhi; their animation in the quotidian life of the city, their colonial pasts and their digital futures.

I am collaborating in the creation of three cultural heritage apps in India and Pakistan: Delhi Partition City, Karachi City and Dilli, Ghadr se Azaadi tak. These apps have been created by a new software authoring tool: safarnama.

My work on the Nilgiri Hills of South India was concerned with the juridical interfaces that were formed between the incoming state, settlers and the indigenous communties in the nineteenth century. This research explored the cultures of property and landscape that allowed the reinterpretation and subdivision of the hills into different categories of resources.

Other research explored the jurisdiction presumed by the Indian state over overseas populations of Indian origin after independence in 1947. This project interrogated the presumptions reflected in the influence Indian missions attempted to exercise over Indian politics and society in remnant British territories.

My research interests lie within the cultural and political history of modern South Asia. For details of my current research see my research webpage: The Hindu Temple and Modernity. I am also very interested in the practises through which monuments in India are selected, conserved and inhabited; a project which emerged from my photographic work at the Kalkaji Mandir in Okhla.

Dr Sutton would welcome proposals from students for research in modern Indian history, South Asian agrarian and environmental history and the Indian diaspora.

A Digital Narratology of Technology as Literary Actors and Artefacts of Settings in Indian English Novels.
01/07/2019 → 31/03/2021
Research

Pelagios in the Indian Subcontinent: Historical Annotation of a Corpus of Eighteenth, Nineteenth and Twentieth-century Maps
01/01/1900 → …
Research 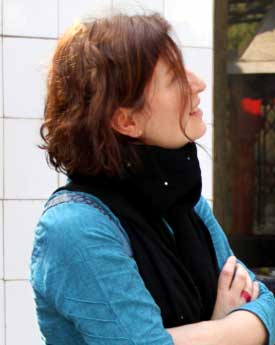