I am Reader in Medieval History, Deputy Director of the Centre for War and Diplomacy, and a Research Fellow at The Ruskin. My research explores political ethics and war in the central and later Middle Ages. This includes the subject of my new book, England’s first revolution, when Simon de Montfort earl of Leicester (d.1265) led a campaign to seize power from the king and establish conciliar government; I explore the religious, intellectual and military contexts that made the revolution possible. I'm a Fellow of the Royal Historical Society, and enjoy writing for and speaking to a broad public audience, whether through talks or TV, radio and print. In 2020, I was awarded a Philip Leverhulme Prize in History.

My interest spans the central and later Middle Ages in Europe and the crusades. The two broad areas of my research are political ethics – in terms of both political thought and action on the ground – and war – in terms of both culture and individual experience. My early research falls into the first category, exploring the role of bishops in rebellion and revolution in thirteenth-century England, looking at the interaction of political thought and action in the age of Magna Carta and the Montfortian revolution. My first monograph (Bishops in the Political Community of England, 1213–1272) was published with OUP in January 2017. My recent project, a book on Simon de Montfort earl of Leicester (d.1265), spans both interests, for Montfort led a cohort of nobles in seizing power from the king and establishing a council to govern indefinitely – England's first revolution – amassing a vast popular following, many of whom died with him on the battlefield in 1265 fighting as avowed crusaders. More broadly, this research places Montfort's career, and the way in which he cultivated his reputation, in the context of the unique and vigorous identity of the Montfort family, who operated as crusaders across Europe and the Middle East. The Song of Simon de Montfort: England's First Revolutionary and the Death of Chivalry was published by Picador in May 2019 in the UK and Commonwealth, with publication in the USA follwing with OUP in September 2019. My new area of research, supported by a Philip Leverhulme Prize, explores the experiences and cultures of low status combatants operating in the British Isles, France and Spain in the later Middle Ages, as well as the shifting patterns of thought concerned with their roles and responsibilities in conflict.

I joined Lancaster in 2017; previously I was at the University of East Anglia, where I was a researcher on the AHRC's Magna Carta Project, and from 2012-13 I was a researcher on the People of Northern England databse 1216-1286, part of the AHRC's Breaking of Britain project, which explored the period leading up to the Scottish Wars of Independence. I undertook my PhD at King's College London with joint supervision at University College London, and was Thornley Fellow at the Institute of Historical Research. I'm a Fellow of the Royal Historical Society and secretary of the Pipe Roll Society, and enjoy writing for and speaking to a broader public audience, whether through talks or TV, radio and print.

BBC Radio 4's In Our Time: The Second Barons' War

Cabinet Office podcast with Leader of the House of Commons Jacob Rees-Mogg MP, 'Why Parliament Works'.

I would welcome enquiries from students interested in military, political and intellectual history in the central and later Middle Ages, and specifically in the area of political thought and action, war and warfare, the Church, crusaders, and charters and diplomatic, including topics that cut across these boundaries, such as the role of religion and ethics in war. 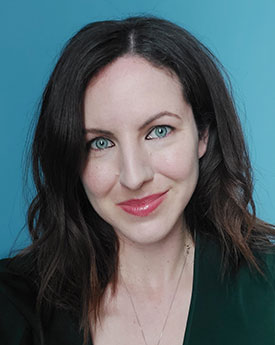