Sentipensar / FeelingThinking, and Poetic Stage Invasions: Thoughts on a Conversation with Pete Bearder 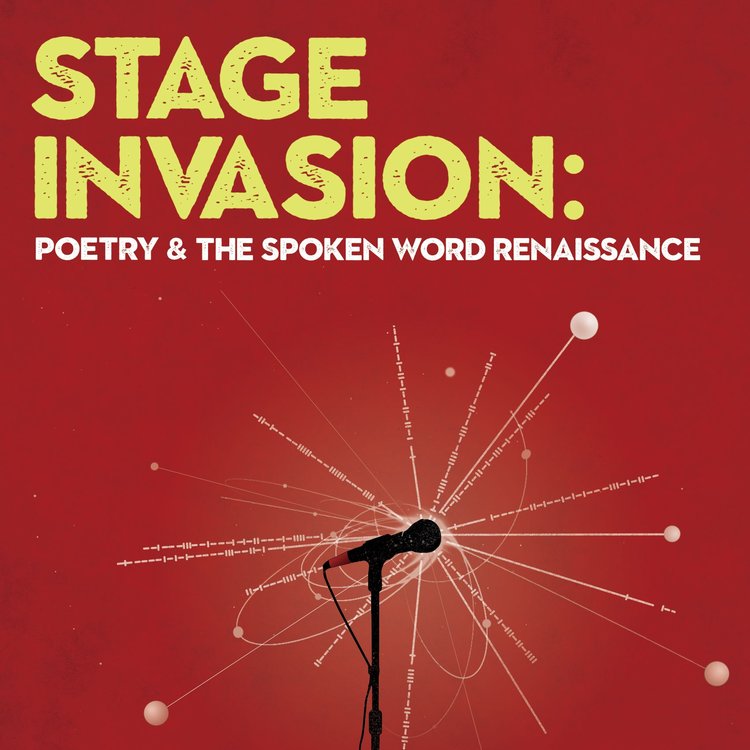 In 2019 Pete Bearder – whose stage name is Pete the Temp – published his book Stage Invasion: Poetry and the Spoken Word Renaissance. In November 2019 Bearder and I met to conversationally explore some of the issues he addressed in this book, from our two perspectives and positionings.

Some aspects of the conversation that Pete Bearder and myself had in October 2019 found their way into my review article of Stage Invasion, published in the journal Liminalities: A Journal of Performance Studies. Now I would like to develop some of the ideas expressed in this conversation, by introducing the concept ‘sentipensar’ as a further inspiration, as well as a challenge, to the analysis of spoken word poetry that Pete Bearder develops in Stage Invasion. Approaching spoken word poetry as a practice that is both critical and ‘sentipensante’, might also help to take spoken word poetry away from the unfortunate debate over a question which some gatekeepers of the cultural world latch onto with the fervor of a tick, which many spoken word poet get caught up in, and which is, in my opinion, as impossible to answer as it is pointless: the question of whether spoken word poetry is indeed poetry and therefore, what poetry intrinsically is or does.

I turn to the concept ‘sentipensante’ because in the very end of our conversation Pete Bearder and I realize that we share a connection to Latin America, the admiration for its pueblos en lucha and for its political poetry. Both of us have spent time there, I in Mexico and Bearder in Colombia. It is to the fishing folk of Colombia that Eduardo Galeano in his Book of Embraces (1989) ascribes the invention of the adjective ‘sentipensante, to describe language that speaks the truth’. ‘Why does one write, if not to put together the pieces of oneself?’, asks Eduardo Galeano in the beginning of the vignette ‘The Marriage of Heart and Mind’, and he continues: ‘Ever since we first enter school or church, education quarters us: it teaches us to separate the soul from the body and reason from emotions.’ In this mode of engaging with the world, words that have been created in the spirit of being ‘quartered’ lack integrity and therefore, cannot be truthful. Only if there is integrity between feeling and reasoning, between the soul and the body, will a speaker and their words be coherent in themselves and be able to articulate their truth fully. The sense of poetic truthfulness that Galeano evokes through the written word is one that Bearder in Stage Invasion associates with spoken word poetry, from an English context.

In our conversation Bearder points out that in his practice as a political poet – that is, as a poet who considers himself part of social movements and who frequently performs at political demonstrations, rallies and in protest camps – is about growing the power of the movements. To him, the political power of live spoken word poetry lies in the poet engaging with the volatility of the energies that emerge in those forceful, carnivalesque moments of people coming together for protests, occupations or live performances. Poets, he argues, should help ground political action in spiritual experiences, and in creating emotional bonds, ‘eliciting tears if you can, the greatest compliment an audience can offer you as a poet is by crying, if you can elicit this ancient salt water inside of people and they cry together, or they cheer together, or whatever they do, then that is right in the heart.’ When I ask him whether spoken word poetry asks people to switch off their critical thinking, he responds by acknowledging that ‘demagoguery, rhetoric and poetry have a very tricky relationship. Some people say that if you’re persuading people of something then it’s not poetry. … But all poetry, even supposedly “apolitical poetry” is trying to make you feel something, or make you think something, or make you see something differently.’ Throughout the interview Bearder places great emphasis on the integration of mind and body, of reason and of the somatic system. He argues that it is crucial for spoken word poetry to engage their audiences emotionally, intellectually and physically, all at the same time. The breath, celebrated by Charles Olson as an integral element of the poet’s creation and delivery of the poem, is for Bearder also an integral element of the poet’s relationship to the audience, for example when he asks his audiences to breathe: ‘For me, this is part of the craft of poetry because I have to ask myself, how much blood do they have in their brains? … They’re not just minds with legs.’ In Stage Invasions Bearder shows the ways in which some contemporary poets in England seek to overcome the split between mind and body, the alienation and the social fragmentation which the neoliberal patriarchal-capitalist system has inflicted on society. If I recognize it correctly then this is his version of ‘sentipensar.’

For spoken word poets from the Global North, the challenge in creating a poetry that is both political and ‘sentipensante’ lies in the politics of ‘sentipensar’, which differently positioned poets actualize in different ways. Poets who are entangled with the privilege and the historical baggage that imperialism, colonialism, white supremacy and fascisms have left us with will have to ‘sentipensar’ in different ways than poets who are positioned differently. The poetics and politics of ‘sentipensar’ demand the critical emotional and political self-awareness and sense of responsibility for which Bearder expresses such appreciation throughout the conversation. Spoken word poetry is thus not the thoughtless, attention-seeking demagoguery that some people see in it. In Stage Invasion Bearder instead sketches out some of the ways in which the poeticized spoken word could become a genuinely democratic, decolonial and anti-fascist poesía sentipensante, from the Global North. This might not be intrinsically ‘poetic’ according to some. But if it is not, then it is high time to change our idea of ‘the poetic.’