Title image of the event

Our MA student Amy Fligelstone has recently attended a postgraduate workshop in London. Here's how she experienced it!

In late October 2019, I was fortunate enough to attend a postgraduate workshop organised by the German Screen Studies Network (and sponsored by the Deutscher Akademischer Austauschdienst) at King’s College London, called “Circulating Cinema: Moving Image Research and the Transnational Archive”. The workshop took place over three days and consisted of lectures with group discussions, student presentations, film screenings and some independent research time.

I was first made aware of the workshop by my dissertation supervisor, Prof. Allyson Fiddler, who suggested I apply to participate. The application itself was fairly simple – the form asked for some basic information and about how my research related to the themes of the workshop. It didn’t take too long to receive a reply, letting me know that I had been successful! A couple of weeks before the workshop I was sent an information booklet with the itinerary and some preparatory reading. Some of the workshop themes were new to me, such as the processes of film archiving, so I found the reading a little challenging, but very interesting.

The first day of the workshop was the longest. We met at King’s College London at 9:30am and had some time to get to know each other. It was at this point I discovered I was the only Master’s student attending, and everyone else was either a PhD student or an academic! First on the agenda was a keynote lecture, followed by more talks until lunch. After our lunch break, the students all had the opportunity to introduce their research with a 5-minute presentation, using one image as a talking point. This was quite daunting for me being so early on in my Master’s research, but everybody was really supportive, and it was a great chance to practise presenting my research for the first time. It was also interesting to see what others in the field are studying at the moment. After that we visited the BFI (British Film Institute) Reuben Library where we were given an introduction to the resources available. In the evening there was a film screening which related to one of the lectures on the next day, followed by a dinner. In the end, we didn’t leave until about 11pm, so it had been a very long day!

The second day was structured in a similar way to the first, with lectures and discussions in the morning. After lunch, we returned to the BFI Reuben Library, where we had time to do our own research. The BFI had very kindly offered us free printing and scanning services while we were there, which I made the most of, finding plenty of old journal articles and interviews to help with my dissertation research. We finished the day with another film screening.

On the final day we met at the BFI Stephen Street, where the Head of Non-Fiction of the BFI National Archive, Patrick Russell, gave a talk about the archive and its work, screened a short film for us and gave us a short tour. Then we headed back to King’s College London for a final chance to network before heading home.

I’m very glad I attended this workshop! Though not all the talks related directly to my own research, it gave me the chance to explore disciplines which I may not otherwise have encountered in my studies, as well as to consider my research from new perspectives. The opportunity to network with other researcher was invaluable, as was the time we spent doing independent research at the BFI, which gave me access to resources I would otherwise not have found. I also gained experience of a postgraduate workshop earlier than most might and learned about PhD study from those doing it.

I’m extremely grateful to the GSSN and DAAD for fully funding the workshop, supplying catering and covering travel expenses. I’d also like to express my thanks to Elizabeth Ward (Hull) and Erica Carter (King’s College, London) for organising the event. I would encourage other Master’s students to attend postgraduate workshops like these, if given the opportunity – even though it is a daunting prospect, it is well worth doing!

I’m very glad I attended this workshop! Though not all the talks related directly to my own research, it gave me the chance to explore disciplines which I may not otherwise have encountered in my studies, as well as to consider my research from new perspectives. 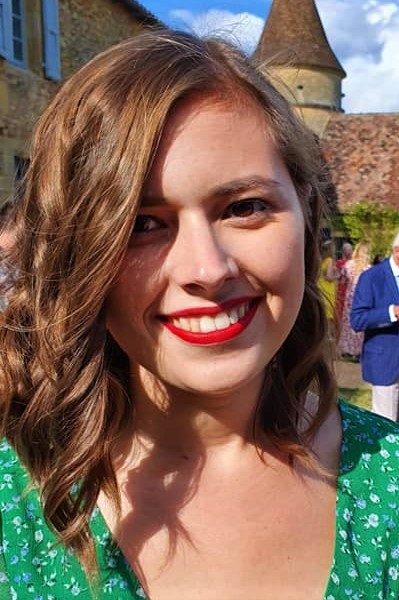