Rachel Cooper OBE is Distinguished Professor of Design Management and Policy at Lancaster University. She is a Director of ImaginationLancaster, an open and exploratory design-led research centre conducting applied and theoretical research into people, products, places and their interactions, and also Chair of Lancaster institute for the Contemporary Arts. Professor Cooper’s research interests cover: design thinking; design management; design policy; and across all sectors of industry, a specific interest in design for wellbeing and socially responsible design. She has published extensively on these topics, including books 'Designing Sustainable Cities', 'The Handbook of Wellbeing and the Environment' Living Digital Worlds. She is also series editor of the Routledge series Design for Social Responsibility covering topics such as designing for sustainability, inclusivity, service design, sport, health, transport and policy. She was founding editor of The Design Journal and also founding President of the European Academy of Design. She is currently President of the Design Research Society.

She led Lancaster's contribution to Liveable Cities, a £5m funded six-year research programme working to identify design and engineering solutions that will lead to low-carbon, resource-secure, future cities in which societal wellbeing is prioritised. Also she led ‘The Creative Exchange’, a £3m three year programme looking at the growth of the creative industries through exploring the ‘digital public space' and a new types of PhD’s programme. She currently leads Lancaster's contribution to The PETRAS National Centre of Excellence that exists to ensure that technological advances in the Internet of Things (IoT) are developed and applied in consumer and business contexts, safely and securely, by considering social and technical issues relating to the cybersecurity of IoT devices, systems and networks.

Professor Cooper has undertaken several advisory roles to national and international universities, government and non-governmental organisations. She was a member of Infrastructure and Environment Strategic Advisory Team of the UK Engineering and Physical Sciences Research Council (EPSRC) until 2005. She has also chaired EPSRC commissioning panels on Crime and the cross council review of UK National Collaboration on Ageing Research programme and she was mentor on EPSRC Sandpits on Mobile Health and Countering Terrorism in 2006/7. She is currently a member of EPSRC Strategic Advisory Network. Professor Cooper was UK Arts and Humanities Research Council (AHRC) panel convenor for visual arts and media practice, history, theory Postgraduate awards between 2000 & 2005, and sat on the Council of the AHRC (2000/10). She was also a member of the advisory panel on the AHRC/ESRC's Cultures of Consumption programme and chairs the advisory panel for the AHRC/EPSRC's 'Designing for the 21st Century' initiative. She was a member of the UK Research Assessment Exercise Panel for Art and Design in 2008 and 2014 chaired the research review panel for art, design architecture and media for Aalto University, (2009) and was a member of the Research Assessment exercise for Gothenburg University 2010. In 2011 she was invited to be a member of the European Design Innovation Initiative Leadership Board that produced recommendations on Design for Prosperity and Growth for the EU.

Until 2020 she was Non Executive Director of the Future Cities Catapult, a visiting Professor at the Royal College of Art (RCA)and a member of RCA Council. Also a member of Council at Norwich University of the Arts. Professor Cooper was a Lead Expert for the UK Government Foresight programme on the Future of Cities, and was on the Academy of Medical Sciences Working group addressing ‘The Health of the Public 2040’ and is a member of the Partnership for Prevention Sciences Steering Group. She is the Royal Society representative member of the Scientific Committee for Health and Wellbeing in the Changing Urban Environment – an International Council for Science Programme co-sponsored with the United Nations University (UNU) and the InterAcademy Medical Panel (IAMP). She is currently an advisor on the Best Commision for Healthy Cities.

DESIGN AND COVID-19: FROM REACTION TO RESILIENCE
Invited talk

NEW PERSPECTIVES FROM THE BEHAVIOURAL SCIENCES FOR GOVERNMENT POLICY MAKING
Other 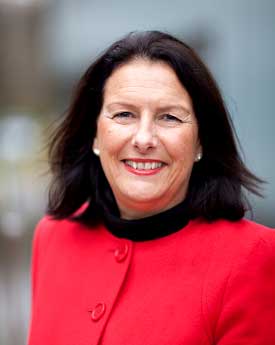