Ruth is Emeritus Distinguished Professor at Lancaster University. She is also affiliated to the University of Vienna where she was recently PI of a 3-year research project (2015-2018) on the "Discursive Construction of National Identity - Austria 2015" (see https://medienportal.univie.ac.at/en/uniview/forschung/detailansicht/artikel/wie-oesterreicherinnen-gemacht-werden/; http://pf.fwf.ac.at/de/wissenschaft-konkret/project-finder/33284). The book based on this project Identitäten im Wandel (with R. de Cillia, Markus Rheindorf, and Sabine Lehner) was published 2020, with Springer (Berlin). She is continuing to supervise one PhD student at University Vienna.

In the fall 2018, she was awarded the Lebenswerk Preis (Prize for Life Achievements) from the Austrian Ministry of Women's Affairs. March 12, 2020, she became Honorary Member of the Senate of the University Vienna. In July 2020, she was awarded her second honorary doctorate from Warwick University. The ceremony had to be postponed due to the COVID-19 crisis. in June 2021, Ruth was awarded the Bruno Kreisky Prize for her lifetime achievements (publications and research [publizistisches Gesamtwerk];(https://www.ots.at/presseaussendung/OTS_20210101_OTS0017/bruno-kreisky-preis-fuer-das-politische-buch-2020-an-publizist-roger-de-weck); this was announced January 1, 2021.

In 2020, she was senior visiting fellow at the Institut für die Wissenschaft des Menschen (IWM) (http://www.iwm.at/) in Vienna until October 2020, where she worked with Dr Markus Rheindorf on a new project about 'repolitizisation from below'. The second revised and extended edition of her monograph The Politics of Fear: The shameless normalization of far-right populist discourses (Sage) ( https://uk.sagepub.com/en-gb/eur/the-politics-of-fear/book265617) was published October 28, 2020, the German translation Politik mit der Angst. Die schamlose Normalisierung rechtsextremen und rechtspopulistischen Diskurses (Konturen) (https://www.konturen.cc/buecher/politik-mit-der-angst/) was published September 29, 2020.

The volume Identity Politics Past and Present. Political Discourses from Post-War Austria to the Covid Crisis. (2022, University of Exeter Press), co-authored by Ruth and Markus Rheindorf, was published in March 2022 (see https://www.exeterpress.co.uk/en/Book/2110/Identity-Politics-Past-and-Present.html; for more information). The book was launched on-line in April, in a panel discussion moderated by Professor Richard Mole (UCL). Professor Birgit Sauer (Vienna University) and Professor Jo Angouri (Warwick University) were discussants (see https://youtu.be/rXFwXJ1LLHc for the entire book presentation).

Ruth's main research agenda focus the development of theoretical approaches in discourse studies (combining ethnography, argumentation theory, rhetoric, pragmatics, and text linguistics); organizational communication; identity politics and politics of the past; language and/in politics; racism, prejudice and discrimination., and far-right populism. Combining several fields in discourse studies, she continues to develop the Discourse-Historical Approach in CDS, an interdisciplinary, problem-oriented approach which analyses the changes of discursive practices over time and in various genres.

Her monograph entitled The Politics of Fear - What Right-Wing Populist Discourses Mean (Sage, 2015) (https://uk.sagepub.com/en-gb/eur/the-politics-of-fear/book237802) was translated in to the German (Politik mit der Angst. Zur Wirkung rechtspopulistischer Diskurse, Konturen Verlag 2016) and was awarded the Austrian Scientific Book Prize for the Social Sciences and Humanities in February 2017. 2019, the book was published in Japanese, 2020 in Chinese and Bosnian. Moreover, this book was translated in to the Russian and Farsi. In it, she focusses on the discourse, rhetoric, performance and argumentation of populist far-right politicians across Europe on the front- and backstage. Specifically, she elaborates on the (inter)dependencies between politics and the media in several case studies. The recontextualisation and glocalisation of images and posters on- and off-line across several European far-right populist political parties also form a relevant focus of this book. The second extended and revised edition of this book was publsihed in October 2020, with a new subtitle: The Politics of Fear. The shameless normalization of far-right populist discourses ( https://uk.sagepub.com/en-gb/eur/the-politics-of-fear/book265617). Click here for an interview with Ruth about the rise of right-wing populist politics in Europe.

The Handbook of Language and Politics (with Bernhardt Forchtner, Routledge), was published in January 2018. A new. third revised edition of Methods of Critical Discourse Studies (with Michael Meyer, Sage) was published 2015.

Moreover, Ruth's research projects, apart from the study on national identity politics mentioned above, include a study on Language change in Austrian German (from 1970 - 2010), while exploring several genres in various social fields (with Markus Rheindorf, Vienna). Ruth also participated in an interdisciplinary team of historians/journalists, psychiatrists and linguists which investigated the discursive and psychological dynamics of a unique social network consisting of children of Holocaust survivors and resistance fighters in Vienna (Kinderjause - Zur Geschichte einer marginalisierten Gruppe; 'Childrens' party - the history of a marginalised peer group) (http://www.univie.ac.at/kijauprojekt/). The results have been published in a book, authored by Ernst Berger and Ruth Wodak, with Springer (Berlin): Kinder der Rückkehr. Geschichten einer marginaliserten Jugend (2018).

In 2012, Ruth edited Critical Discourse Analysis (Sage), four comprehensive volumes (readers) on CDA, and Advances in Critical Discourse Studies (with John Richardson, Michal Krzyzanowski, and David Machin; Routledge). In 2013, she co-edited two volumes about right-wing populist discourse, Analysing European Fascism: Fascism in Text and Talk (co-edited with John Richardson; Routledge), and Rightwing Populism across Europe: Discourse and Politics (co-edited with Majid KhosraviNik and Brigitte Mral; Bloomsbury). Three articles related to the latter volume were also published on Opendemocracy. Ruth’s other more recent monograph The discourse of politics in action: politics as usual, was published in June 2011 in paperback (second revised edition, with Palgrave). The co-edited book Migration, Identity and Belonging (with Gerard Delanty and Paul Jones) was also published as paperback in March 2011 (Liverpool University Press). In 2010, Ruth edited a new comprehensive Handbook of Sociolinguistics (with Paul Kerswill and Barbara Johnstone, Sage) which was published as paperback 2013.

While in Lancaster, she has supervised 23 PhD students to completion (since 2004).

As she is retired now, she is not accepting any new PhD students.

In the past, Ruth was involved with several funded large research projects. Between 2005 and 2007, she was part of the project about Asylum seekers and refugees in the UK press, funded by the Economic and Social Research Council. Between 2006 and 2011, she was head of the Lancaster team of DYLAN: Language Dynamics and Management of Diversity, an interdisciplinary project, part of the EU 6th Framework. Between 2004 and 2007, she worked on the EMEDIATE project, part of the EU 5th Framework. Previously, she was head of the Discourse, Politics, Identity Research Centre, funded by the Austrian Academy of Sciences as part of the Wittgenstein Award, where she coordinated projects about Austrian and European identities, racism and discrimination, and historical memory.

During her career, Ruth has received numerous awards and honours. In 2010, she became a member of the Academia Europaea, in 2013, a member of the British Academy of Social Sciences. In March 2020, Ruth became an Honorary Member of the Senate of Vienna University (https://geschichte.univie.ac.at/de/artikel/ehrensenatoren-der-universitaet-wien). In September 2018, Ruth was awarded the Austrian Lebenswerk Preis for her life achievements, by the Austrian Ministry of Woman's Affairs (see her acceptance speech, translated into the English and shortened, published in Opendemocracy; https://www.opendemocracy.net/en/can-europe-make-it/free-spaces-for-thought/).

February 5, 2020, Ruth was invited to hold the Holocaust Memorial Day Lecture at Sussex University (https://www.hmd.org.uk/activity/holocaust-memorial-day-at-sussex/). In October 2019, Ruth held the Annual Blumenthal Lecture at the Jewish Museum in Berlin (https://www.facebook.com/events/jüdisches-museum-berlin-jewish-museum-berlin/w-michael-blumenthal-lecture-2019-ruth-wodak-rechtsruck/400622503936161/; see also for a video of the lecture https://www.jmberlin.de/video-mitschnitt-ruth-wodak). April 13, 2017, Ruth was invited to give the annual Willi Brandt Lecture in the Public Library, Malmö (https://nationale-identitaet-2015.univie.ac.at/fileadmin/user_upload/p_identitaet2015/POSTER_WB_Public_Lecture_Ruth_Wodak_NEW.pdf). Apart from many other keynote lectures and public lectures, Ruth was also honoured by an invitation to speak at the Brucknerfest in September 2013, an international music festival held in Linz, Austria, dedicated to music and artists persecuted by the Nazis (see speech in German).

On December 19, 2011, Ruth was awarded the Grand Decoration of Honour in Silver for Services to the Republic of Austria (Großes Silbernes Ehrenzeichen für Verdienste um die Republik Österreich). On February 6, 2010, she was awarded an honorary doctorate by Örebro University (Sweden). In September 2010, Ruth became member of the Academia Europaea. In October 2006, she was awarded the Woman's Prize of the City of Vienna and in 1996 the Wittgenstein Award for elite researchers which made six years of continuous interdisciplinary team research possible.

From April to June 2016, Ruth spent three months at the European University, Florence (EUI) as Distinguished Schuman-Fellow, and continued her research on identity politics and migration. 2017, she was awarded the Willi Brandt Chair at Malmö University, Sweden, for the year 2017.

Ruth is member of the editorial board of a range of linguistic journals, co-editor of the journals Discourse and Society (with Teun van Dijk [executive editor], Teresa Carbo. and Mick Billig), Critical Discourse Studies (with John Richardson and Phil Graham) and Journal of Language and Politics (with Michal Krzyzanowski).

Ruth's research interests focus on (Critical) Discourse Studies, specifically on the Discourse-Historical Approach (while emphasising aspects of the integration of text and context); (national/transnational/European) identity politics; (national/European) politics of the past (specifically related to World War II and the Holocaust); racism, antisemitism, and xenophobia; and the complex dimensions of far-right populism and exclusionary rhetoric. Currently, she is analyzing the characteristics of crisis communication related to the COVID-19 pandemic and has published some articles about this. In investigating these topics, she analyzes a range of written, verbal and visual genres in systematic detail. Recent book pulications are The Politics of Fear: The shameless Normalization of Far-right Discourse (2021, Sage; https://uk.sagepub.com/en-gb/eur/the-politics-of-fear/book265617) and Methods of CDS (eds Ruth Wodak & Michael Meyer). Sage 2015 (3rd edition) (https://uk.sagepub.com/en-gb/eur/methods-of-critical-discourse-studies/book242185) 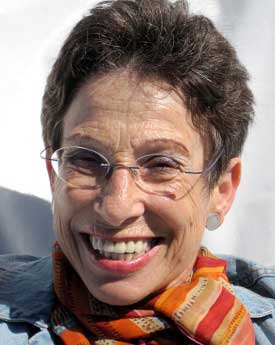