My research covers contemporary literature, medicine and medical futurology, and biopolitics. My main focus is the role medicine has in influencing, shaping, and modifying the dynamics between present and future in the attempt to attain various forms of bio-utopia. I am also interested in film studies and in the analysis of ‘ill bodies’ portrayed in literature and films as social paradigms.

In my project I focus on medicalised realities and their representations in both fiction – contemporary and speculative narratives – and non-fiction – texts authored by physicians and real patients. I argue that medical speculations on the future lead to conjectures on more or less feasible attempts to create different and occasionally conflicting versions of the future itself, bringing medical practice closer and closer to an act of imaginative creation. In this regard, the analysis of medicine as a ‘narrative process’ will represent a fil rouge throughout the research, and it will give me the opportunity to question both the role of the physician as author and of the patient as character, but also to draw a connection between the biological body and the written text.

What my research investigates is the role medicine plays in interfering with future natural development of the biological human organism, by shaping and moulding a more and more ‘futuristic present’, either frozen in its controllable immutability or seen as proceeding towards an inevitable decline. I question how fictional and non-fictional texts explore the threat which both humanity and human identity experience in the process; a process that reveals the affiliation between medicine and politics and inevitably enters the territory of biopolitics. I engage in a dialogue with theories by Giorgio Agamben and Roberto Esposito, as well as with the work of Francis Fukuyama, among others. I hence approach and critically question the contribution of transhumanist and posthumanist theories to my research.

I teach on the English Literature undergraduate course ENGL100. 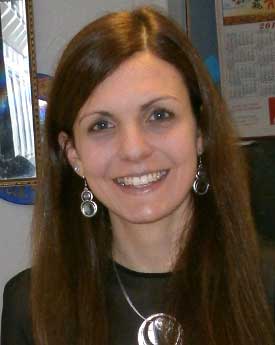