I retired in 2017. My best-known work focused on the social context of written academic texts, especially in science, treating such issues as politeness, cohesion, narrative structure, commonplaces, and illustration, drawing on frameworks from the sociology of scientific knowledge. More recent work has studied expression of opinions in talk, particularly in focus groups and consultation processes; the approach is largely through conversation analysis. I have written five books: Writing Biology: Texts in the Social Construction of Science (Wisconsin, 1990), Words in Ads (Arnold, 1994), Ad Worlds: Brands, Media, Audiences (Arnold, 1998), Matters of Opinion: Talking about Public Issues (Cambridge, 2004, and Discourse of Blogs and Wikis (Continuum, 2010).

My research with Sofia Lampropoulou (Liverpool) has drawn on an ESRC-funded project on 'The Construction of Stance in Social Research Interviews'.

Until 2015 I edited the Elsevier journal Discourse Context & Media. (The new editor is Richard Fitzgerald, University of Macau). I have been on the Editorial Boards of the journals Applied Linguistics, Discourse & Society, English for Specific Purposes, ESPecialist, Language in Society, Language Teaching Research, Science as Culture, Text & Talk, and Written Communication. With Ruth Wodak, I edited the John Benjamins book series Discourse Approaches to Politics, Society, and Culture (current editors are Johnny Unger, Andreas Musolff, and Jo Angouri).

In 2011 I was elected as a Fellow of the Academy of Social Sciences. I have been active in the Ross Priory seminars on Broadcast Talk since 1995. I was Chair (2012-15) of BAAL, the British Association for Applied Linguistics. (The current chair is Tess Fitzpatrick, Cardiff).

[with Sofia Lampropoulou] "Impersonal you and stance in social research interviews" Journal of Pragmatics 44(10): 1206-1218.

See Lancaster e-prints for links to some pdf files.

My work is broadly in the area of discourse analysis, including work on academic discourse, broadcast talk, new media, and qualitative research methods. 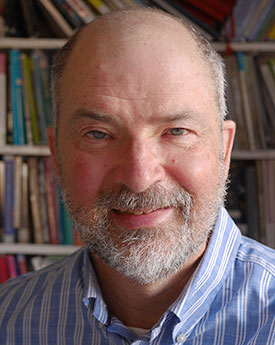