My main publications are Tasks in Second Language Learning (co-authored with Virginia Samuda, Palgrave, 2008), Researching Pedagogic Tasks (co-edited with Peter Skehan and Merrill Swain, Pearson Educational 2001), Grammar and the Language Classroom (co-edited with Alan Tonkyn and Eddie Williams, Prentice Hall, 1994), and Speaking (OUP, 1987), and guest-edited a Special Issue on 'Tasks in Language Pedagogy' for the journal Language Teaching Research (2000). I co-edited the journal Applied Linguistics from 1998-2004, and am on the boards of Applied Linguistics, Language Teaching Research, and Language Teaching.

I am a member of a recently formed group, the Second Language Learning and Pedagogy Research Group.

Bygate, M. & V.Samuda 2005. Integrative planning through the use of task repetition. In R. Ellis (ed) Planning and task performance in a second language.Amsterdam/New York:Benjamins.

I have presented papers at the following recent conferences:

My language teaching experience includes teaching EFL in France, Morocco and Brazil, and I worked in applied linguistics and TESOL teacher education programmes in Brazil and Peru.

Outside the Department, my current activities include:

Member of the International Consortium for Task-based Language Teaching.

Programme Chair for the biennial 2009 conference in Task-based Language Teaching (to be held at Lancaster, 13-16 September 2009).

Member of the Academic Board of Bell International.

I was BAAL Meetings Secretary from 1989-1995, and Publications Secretary from 1988-9, and from 2006-2009 was co-ordinator of the BAAL 'Language Learning and Teaching' Special Interest Group, which runs an annual conference in July.

And in 2008 I was elected President of AILA (Association Internationale de Linguistique Appliquee) for a 3-year term. 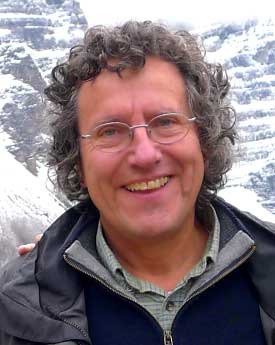