I am interested in the interdisciplinary study of speech, sound and language. My research focuses on how people produce the sounds of speech, with a focus on the physical mechanisms of speech and how this varies between languages and dialects. I do fieldwork and laboratory research to address descriptive and theoretical questions in this area, using methods such as acoustic analysis, vocal tract imaging, articulatory modelling, statistical modelling, and fieldwork. Much of my research is cross-linguistic and cross-dialectal, focusing on languages such Punjabi, Scottish Gaelic, Twi, Sylheti, and varieties of English across the UK and beyond. My interests cluster into the following areas:

Acoustic-articulatory dynamics of speech production My current research investigates the dynamic aspects of speech production using acoustic analysis, ultrasound tongue imaging and electromagnetic articulography. I am particularly interested in the relationship between dynamic vocal tract kinematics and phonological structure, as well as how these relations vary between different linguistic systems.

I teach on the following courses:

In 2016 I was awarded Lancaster University's Undergraduate Teaching Award, which is a university-wide prize based on student nominations and testimonials. I have also been nominated for Best Dissertation Supervisor and Best Student Advisor awards at Lancaster, as well as Postgraduate Tutor of the Year when I was a PhD student at Sheffield. 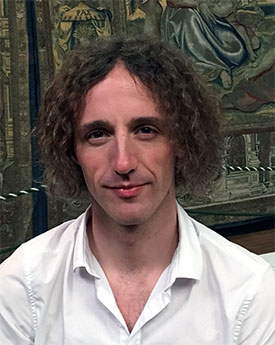