Although I am now fully retired, I still co-supervise a PhD student and mentor post-docs, attend research seminars, contribute to conferences and publications, and generally continue my commitment to postdisciplinary research in political economy and social theory.

My main interests are in social theory and political economy, and philosophical issues in social science. Following an epiphany in the summer of 1978 at Sussex University I have been an advocate of a ‘postdisciplinary’ (ill-disciplined?) approach to social science that refuses the blinkers of single disciplines. Hence my job title was Professor of Social Theory and Political Economy.

My early work in the seventies and eighties was devoted to the development of radical political economic theory through the study of uneven development, and urban and regional change. Publications included The New Social Economy: Reworking the Division of Labor (with R.A.Walker, Blackwell, 1992), and Microcircuits of Capital (with Kevin Morgan, Polity, 1988). I then worked on political economic theory itself, attempting to reconstruct it in the wake of post-Marxism and the rise of neoliberalism (Radical Political Economy: A Critique, Blackwell, 1995). On the philosophical/methodological side I developed a longstanding interest in critical realism as a philosophy of and for the social sciences. This is represented in my Method in Social Science (Routledge 2010) and in Realism and Social Science (Sage, 2000).

In the latter part of the 1990s I sought new sources for developing critiques of economic aspects of contemporary society. This began with the need to take the cultural dimensions of economic phenomena more seriously (Culture and Economy after the Cultural Turn, edited with L.J.Ray, Sage, 1999) and led to an interest in Pierre Bourdieu's analysis of economic and cultural capital and the reproduction of inequalities. I developed this last theme in my book The Moral Significance of Class(Cambridge University Press, 2005). This analyses the ethical aspects of people's experience of class inequalities - how it affects not only people's material wealth and opportunities but how people value one another and themselves. It uses social theory and moral philosophy to reinterpret empirical studies of how class is lived. It might have been subtitled 'Bourdieu with the ethics put back in'.

This led me to take an interest in ethics and morality in everyday life. A major focus has been on the relationship between 'moral economy' and political economy. The former is concerned with the moral or ethical influences on, and legitimations of, contemporary economic practices and forms of organisation, and how economic pressures influence ethical sentiments and norms. An ESRC research fellowship in 2004-5 (Res-000-27-044) gave me the opportunity to research these matters in much more depth. Arising from this, I published Why Things Matter to People: Social Science, Values and Ethical Life (2011, Cambridge University Press), which explores social science's difficulties in acknowledging and understanding people's evaluative or normative orientation to their social worlds - or why anything matters to them. It includes chapters on the weakening of critique in social science, what social science can learn from ethical theories, on dignity in everyday life, on the capabilities approach to conceptions of human flourishing, and the limits on normative thinking in social science. It tries to bring together social scientific and ethical thinking through accessible, everyday examples.

My most recent book is Why We Can't Afford the Rich (Policy Press, 2014; U of Chicago, April 2015). This is aimed at a non-academic audience, but should, I hope, be of interest to students and researchers too. It is motivated by the dramatic expansion of the economic and political power of the rich and super-rich over the last four decades, through increased opportunities for wealth extraction. The concentration of wealth at the top produces wasteful consumption and distorts economies, reducing their ability to meet basic needs, while the financial interests of the rich in continued growth and in the extraction of fossil fuels threatens the planet.

My current interests build on the above, and can be grouped into two clusters:

I am currently working on articles on these topics. They might possibly become books - other activities, mood and mortality permitting.

I would be glad to hear from anyone interested in these issues.

Kausiki Sarma: Interplay between structural factors and individual agency in violence within marital relationships: A case study of Kamrup (Metro) in Assam, India.

Political economy, moral economy, normativity and ethics in everyday life, inequality, employment and organisational life, climate change, social theory and the philosophy of social science. I am fully retired now but I would consider supervising research relating to any of the above topics in exceptional circumstances.

Varieties of Virtue Ethics in Philosophy, Social Science and Theology,
Participation in conference 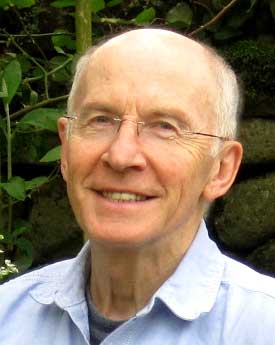