My research examines governing practices that seek to stabilise identities in the face of migration. I have explored these processes in contexts such as migrant community formation; multiculturalism, cohesion and integration; queer diasporas; national genetic genealogies; and, currently, the citizenship naturalisation process in England (funded by the British Academy and the Leverhulme Trust).

Three of my most recent publications relate to my current research on 'Becoming Citizens, Enacting Citizenships'. These articles are on the politics of desire and anxiety that are constitutive of 'naturalisation':

(2017) 'The social life of citizenisation and naturalisation: outlining an analytical framework', COLLeGIUM: Studies Across Disciplines in the Humanities and Social Sciences.

I am currently writing a monograph on citizenship attribution and acquisition in England, based on fieldwork conducted between 2012-2017. The distinctive character of this study is its focus on the experiences of both applicants and institutional actors (ESOL teachers/providers; Council registrars; ceremony officials; etc). The study bridges perspectives on citizenship and integration policies that focus on the 'authoritative state', on the one hand, and perspectives that centre on 'lived experiences' of governance, on the other, to consider 'the social life of naturalisation' as a political, social, and lived process that is not reducible to the conferment of citizenship. By looking at 'naturalisation' as an assemblage of material, discursive, social, and affective processes and practices, this study fills a gap in the field of citizenship and migration by extending understandings of citizenship attribution and acquisition beyond the letter of the law. This research received funding from the British Academy and the Leverhulme Trust.

My current study extends from my publications about forms of 'governing through affect' in the politics of 'community cohesion' in Britain under New Labour, which examines how interethnic proximities are conceived, monitored and managed. See Multicultural Horizons(Routledge, 2008), and 'Proximities by design? Affective citizenship and the management of unease' is published in Citizenship Studies 14(1) 2010.

My PhD dissertation, now published as Migrant Belongings. Memory, Space, Identity (Berg, 2000), concerns the formation of an Italian émigré culture and identity within institutional discourses and practices of collective belonging(s). The book links theories of performativity and of diaspora, offering insights into the study of cultural identity, migration and diasporas. More specifically, I reassess questions of sex/gender, ethnicity and 'race' in relation to broader questions of culture, nation, and multilocal spaces of belonging. Using a combination of participant observation, semi-structured interviews and the analytical survey of printed documents, I examine the ways in which new meanings of identity are encased in different forms of representation of the Italian presence in Britain: written histories and monographs; cultural productions; politics of identity; and the daily life of two London-based church-cum-social clubs (where I pay special attention to the relationship between the construction of the identity of places and the formation of group identity). Advancing a corporeal approach to identity formation, I argue that displays of the Italian presence in London operate through the repetition of regulatory norms that produces the effect of materialisation of cultural belonging through the dual process of ethnicising and gendering of individual and collective 'bodies'. In addition, the prominence of 'memory work' in Italian practices of identity leads me to interrogate geographically based definitions of diaspora.

In some of my past publications, I extended my expertise in migration and diaspora studies by bringing questions of sexuality more to the fore. My interest here include:

'queer diasporas': this includes a critical intervention of queer theory in theoretical discourses of diaspora, as well as an interest in the deployment the notion of a 'queer diaspora' in some quarters of queer theory, to describe the transnationalisation of the queer movement and of queer culture.

The courses I usually convene or contribute to include the following:

Sarah Becklake - The Making of 'Destino Guatemala'. The Politics and Embodiment of 'Global Tourism Competition' in La Antigua, GuatemalaMia FalovNeighbourhood Regeneration and Social Exclusion in Denmark and England

Jennie Germann Molz Destination World: Performing the Self and the Global in Round-the-World Travel Narratives

Leon Moosavi Defying Gravity: 'Race', Islamophobia and Belonging in the Experiences of Muslim Convverts in Britain

Muzeyyen Pandir - Orientalism in the European Union: A Critical Analysis of EU narratives on the EU, Europe and Turkey

Ana Bê Pereira - Constellations and Corporalities: Ableism and Disablism in the Lives of People Living with a Chronic Illness – Towards a Paradigm of Sustained Wellbeing

Lewis Turner Passing and crossing; an ethnography of gender transition 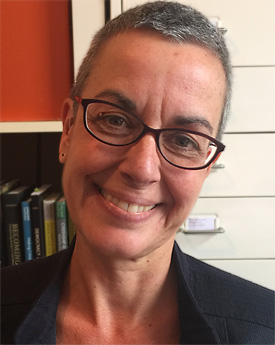