I am delivering an MA course on Capitalism and Crisis in 2016-17 together with a doctoral training programmes on Gramsci and two master classes on Karl Marx and on Crisis. I also supervise 3rd-year undergraduate dissertations and MA dissertations.

I studied sociology at Exeter University and then moved to the University of Cambridge to undertake doctoral research in political sociology based in the Faculty of Economics and Politics. After completing a study of British political culture and writing a book on the sociological theory of reform and revolution, I became a Research Fellow in Social and Political Sciences at Downing College, Cambridge. It was during my five years as a Research Fellow that I first became interested in state theory. In 1975 I moved to the Department of Government at the University of Essex and began teaching in the areas of political sociology, historical sociology, state theory, and political economy. After fifteen years of exile in a political science department I came to Lancaster University allegedly to profess sociology once again. In fact I'm still doing much the same as I did in political science, namely, attempting to be a theoretical jack-of-all-trades in the social sciences. Nonetheless my interests have widened over time to include complexity theory, ultural studies, geography, international political economy, and systems theory. In addition I have become more involved in funded empirical research intended to test my theoretical arguments in comparison with others.

I think my best work before coming to Lancaster -- some 22 years ago now (how time flies!) -- was concerned with state theory and am particularly proud of my book on the Greek Marxist theorist, Nicos Poulantzas, from whose work I still draw fresh inspiration both as an old intellectual debt and through regular re-reading of his work as a modern classic. This forms one of six large books that I have devoted to state theory over the last 25 years, starting with The Capitalist State (1982), passing through Nicos Poulantzas (1985), State Theory (1990), The Future of the Capitalist State (2002), and culminating (for now) in State Power (2007), and, due out in 2014, The State: Past, Present, and Future (see the publication list below). The Future of the Capitalist State was the most challenging and rewarding book that I have written on state theory since coming to Lancaster. It marked a departure in this series of books by developing my own approach rather than focusing on the critique of other positions. It has also guided my subsequent research. Many of its arguments have stood up well in the last 10 years but I admit that I underestimated the survival power of finance-dominated accumulation and neo-liberalism despite their contradictions. This surprise has guided my subsequent work in critical political economy and state theory.

This has reinforced my interest in political economy (initially in issues such as Fordism and post-Fordism and the knowledge-based economy, more recently in finance-dominated accumulation, crisis theory, and the green economy). One aspect of this is a renewed interest in Marx's critique of capitalism (and the implications of his 'six-book plan' for analysing the world market and crisis) and another is the application of Gramscian and Foucauldian insights into contemporary changes in capitalism). It is in these contexts that, together with Dr Ngai-Ling Sum (Politics and International Relations, Lancaster University), been working since 2000 on 'cultural political economy' or CPE (see below). Our CPE-inspired critique of the regulation approach, titled Beyond the Regulation Approach: Putting the Capitalist Economy in its Place (2006) won the Gunnar Myrdal Prize of the European Association for Evolutionary Political Economy for the best book on political economy published in that year. It is another book of which we feel justly proud. A companion volume, Towards Cultural Political Economy: Putting Culture in its Place in Political Economy is published in November 2013. It is authored by Dr Ngai-Ling Sum and myself (hence Sum and Jessop 2013).

My more empirical research has continued into the political economies of postwar Britain (especially in relation to changes in the state and welfare regimes under the Thatcher, Major, Blair, Brown, and Cameron governments as different variants of neo-liberalism) and I have been testing ideas about cultural political economy in relation to the knowledge-based economy and its contradictions as well as the dynamics of financial crisis, construals, and crises of crisis-management. This has been facilitated by an EU-funded Framework 6 research project and, more recently, from April 2010, a three-and-a-half-year ESRC Research Professorship on the cultural political economy of the 2007-2013 (and still counting ...) financial, economic and political crises. The funded element of this research ended on 30 September 2013 but the research itself continues.

My recent research falls into five areas: (1) changes in contemporary capitalism and the dynamics of 'variegated capitalism' - a notion that I prefer to 'varieties of capitalism', including the illogics of globalization and the contradictions of knowledge-based economies; (2) changes in the state's form, scale, and functions in the broad fields of economic and social policy -- initially in relation to the welfare states of advanced capitalist economies and then in some East Asian cases and, most recently, in the crises of advanced capitalist economies; (3) governance, governance failure, and meta-governance - and its failure -- and the implications of different forms of governance and meta-governance failure and their reflection in crises of crisis-management for 'pessimism of the intellect, optimism of the will'; (4) cultural political economy, i.e., advancing the cultural turn in political economy by analysing the variation, selection, and retention of economic and political imaginaries and their implications for economic, political, and social transformation -- this involves work on the knowledge-based economy and finance-dominated accumulation as well as more general theoretical issues; (5) the strategic-relational approach to issues of structure and agency -- framed within a more general concern with issues of complexity, complexity reduction, and critical r ealism. An emerging interest is the integration of the critique of political economy with a critical approach to political ecology. This is linked to my current research and the role of the Green New Deal as a potentially hegemonic -- but deeply contradictory -- economic imaginary.

The results of much of this work were presented in four books: The Future of the Capitalist State (2002), Beyond the Regulation Approach (2006, co-authored with Dr Ngai-Ling Sum), State Power: A Strategic-Relational Approach (2007), and Towards CUltural Political Economy (2013). I am currently working on a new book on the state, due out in early 2014.

In 2008, I completed the writing up of my contributions to a European Union Framework 6 Project, DEMOLOGOS, on alternative models of socio-economic development. My role in this project was part theoretical (writing papers on the regulation approach; reproduction, regulation, and governance; class-, capital- and form-analytical approaches to political economy; agency, structures, institutions, and discourse; Gramsci as a regulation theorist; and periodization) and part-empirical, being partly responsible for research on the Pearl River Delta as a cross-border region (with Dr Ngai-Ling Sum). The results of this work continue to appear in co-authored publications and have also contributed to the development of cultural political economy.

Since 2008 I have continued my work on cultural political economy, knowledge-based economies, and state theory. A recent expression of the interest in cultural political economy is an ESRC Seminar Series on Changing Cultures of Competitiveness; another is an ambitious (even hubristic) attempt to develop a post-disciplinary analysis of contemporary capitalism by consolidating the cultural turn in political economy and using recent developments across a range of institutional orders and scales of organization to assess what is at stake in the widespread adoption of the knowledge-based economy as an accumulation strategy and state project. Based on these ideas and the work of the Cultural Political Economy Research Centre, I applied to the ESRC for a Research Professorship on the cultural political economy of crisis-management. This project began in April 2010 and ended in September 2013. It will no doubt require continued research as the crisis continues to play out.

Finally, as an inveterate social and political theorist I am also maintaining a watching brief on developments in other areas of, especially, structure, agency and identity, autopoietic systems theory, time and space, and the analysis of the complex spatio-temporal dimensions of social relations. Some sense of how the different interests I have developed over the last four decades come together can be discerned from a diagrammatic periodization of my intellectual concerns - diagram

I enjoy teaching as well as research and try to convey some of my enthusiasm for critical and contrarian scholarship to my students. I see postgraduate studies as a partnership between research student and supervisor and expect the same commitment from my students that I try to give to them. Indeed much of my past and present work has been strongly influenced by the many happy hours spent in discussion with research students - more than a few of whom have become colleagues, co-authors, co-directors of research, and continuing sources of provocation and inspiration. I would welcome further such opportunities to engage in joint research in any of the five areas noted above. I am willing to take on new supervision subject to the usual tule that a co-supervisor be found to ensure continuity of supervision beyond my retirement in 2015.

Sets of original and translated essays in foreign languages comprise:

In addition, I have published around 200+ book chapters and 100+ refereedjournal articles on state theory, corporatism, the regulation approach, Fordism and post-Fordism, knowledge-based economies, intellectual property, British political economy, West German political economy, East Asian developmental states, social theory, critical realism, complexity theory, the strategic-relational approach, cultural political economy, and the welfare state. Many of my recent articles are available on-line from the Lancaster University e-prints service, which is regularly updated with new material. A complete list of my publications, including reprints and translations, will be posted here shortly, so watch this space!

I am particularly interested in receiving applications to work in the following fields: state theory, governance and governance failure, cultural political economy, contemporary capitalism (including varieties of capitalism and variegated capitalism) Applicants should be aware that I will be retiring from a full-time academic position in 2020 and, while I will be able to supervise existing students to completion after that date, applicants for 2016-2017 onwards will need a co-supervisor from within the Faculty to ensure continuity of supervision. I am willing to assist applicants in the search for suitable co-supervisors. 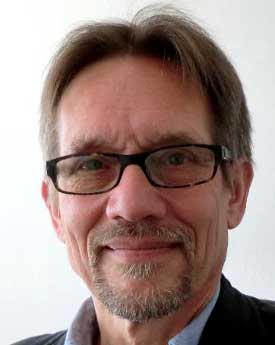