I am interested in the theory and methodological practices of Science and Technology Studies (STS) and in working with these to understand all sorts of contemporary environmental issues and problems. My approach is to understand 'environmental problems' as particular kinds of orderings in on-going natureculture relations. This helps us to open up questions about these relations, including how they came into being, as well as whether it is possible to create hopeful spaces for re-ordering them.Several aspects of my research dwell on highly intractable and difficult challenges thrown up by modernity – such as the disposal of highly radioactive nuclear wastes, the diffuse pollution and enrichment of large tracts of land and water, the on-going acceleration of biodiversity loss, the creation of large global databases that might somehow afford environmental protection. In the last 20 years or so, I have had the opportunity of thinking through these issues using the theoretical tools of STS with many different scientists, policymakers and NGOs. I am interested in their ways of working, and in exploring whether we can work together in ways that might produce new ways of thinking about, and enacting, natureculture relations.

October 2000 - 2006: Lecturer in Environment and Social Policy, Institute for Environment, Philosophy and Public Policy (IEPPP), Lancaster University. This lectureship was funded through HEFCE and was intended to create bridges between the natural and the social sciences at Lancaster University and through extended research and policy networks

1992-2000 Researcher within the Centre for the Study of Environmental Change, Lancaster University

Oct. 1993 - Apr. 1994: Researcher on WWF-funded project on the European CORINE programme (Co-Ordination of Information on the Environment).

Claire Watertonreceived a fellowship in 2005 from the US Social Sciences Research Council (SSRC) and the UK's Economic and Social Research Council (ESRC) to spend two months at the Centre for Science Technology and Society, Santa Clara University, California, USA. Here she made links with Professor Geoff Bowker, the Director of the Centre, Susan Leigh Starr and other science studies scholars and attended a two week workshop on Values in Design. The purpose of the visit was to carry out theoretical work on contemporary databases which would feed into the ESRC Science in Society project 'Databases, Naturalists and the Global Biodiversity Convention'.

I was elected a member of the Council of the European Association for the Study of Science and Technology (EASST) fromJanuary 2009 - December 2011.

I am currently an elected member of the Council for the Society for the Social Studies of Science (4S) (2013-2016).

Book launch and seminar
Other

 Lancaster University Staff Prize: category “Above and Beyond” for Research
Prize (including medals and awards) 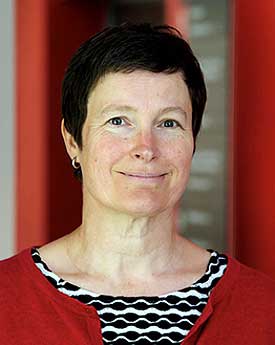