Professor of Media and Cultural Studies

I am a researcher and teacher of media and cultural studies interrogating the relationship between gender, class and inequality. I am interested in media form, in particular television texts and their reception, as well as the broader institutional and commercial environments of production and their associated uneven participatory relations.

I have experience of conducting audience research funded by the ESRC which can be read in the 2012 book Reacting to Reality Television: Audience, Performance, Value, Routledge and edited the collection Reality Television and Class 2011 BFI with Beverley Skeggs.

I have completed an AHRC funded project on the history of television for women with Rachel Moseley and Helen Wheatley including the 2016 edited collection Television for Women: New Directions. Routledge.

My current research projects include exploring the representation of the working class girl which includes publications in Feminist Media Studies (2018) and the British Journal of Cinema Television (in press).

With Stuart Hanson at De Montfort University I am also conducting a British Academy funded project, 'Silver Screens and the Town' exploring the revival of the local cinema and audience memories of cinema-going.

I would encourage PhD supervision in the areas of media theory, television, audiences, gender studies, class, culture and inequality. 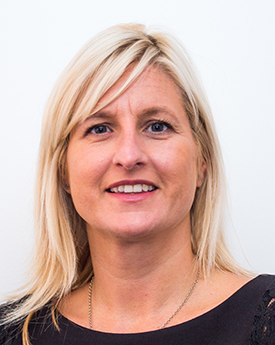