The social use of scientific information in contamination emergencies: an STS approach

The emergency response to nuclear incidents typically includes evacuations and the cessation of economic activities in a hazardous area. This is then followed by the phased return and recovery of social and economic life, based on risk calculations. The challenge is to understand how scientific information is produced and used to navigate this return to life in radiologically contaminated places.

Radiological contamination (of individuals, non-humans and the environment) is almost entirely invisible to the human body. Information about radiological contamination and risks must therefore be mediated by a variety of human and non-human actors, such as radiation detectors or contamination maps, for it to be made visible. Each of these tools filters information into a more simple form in order to show it in a particular way. From a Science and Technology Studies (STS) perspective, this simplification into maps, thresholds and standards (referred to by Susan Leigh Star as ‘formal representations’) has a politics to it (Star, 1995).

The formal representations make some things visible whilst hiding others. The ways in which the information is translated into formal representations is dependent on the makers’ approaches to expert science and communication, and on who is allowed to contribute to the making of them (Kuchinskaya, 2014). This has consequences when considering the ‘social’ dynamics of the response to nuclear incidents. How the information is deciphered by lay-persons will go on to influence the determining of what they do with that information and what it means to them. A line on a map, for example, could be determined to mean the difference between ‘safe’ and ‘not safe’.

Since the 1980s the discourse around the public and science has to some extent moved beyond from the deficit model of the public understanding of science (PUS), towards public ‘engagement with’ science (PES). This provides new ways of legitimately working with communities to share and create information. However, this is not a uniform trend: the relationship between public and scientific ways of understanding is different in different social, cultural and scientific contexts.

My main research questions are:

I am currently the recipient of an Economic and Social Research Council (ESRC) studentship.

In 2013 I was awarded a Winston Churchill Travelling Fellowship allowing me to travel to the United States of America, and Canada, in order to investigate the learning opportunities around community resilience in urban areas. 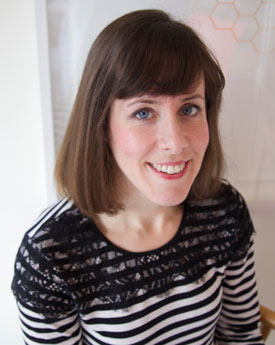