Richard began his academic life at Girton College Cambridge where he studied Engineering specialising in Mechanical Engineering. After a brief spell as an engineering consultant he continued his academic studies at Imperial College Chemical Engineering Department. Here he investigated the electrochemical recovery of platinum and palladium from spent catalyst as part of a CASE award project sponsored by Johnson Matthey. During his time at Imperial he picked up several awards including The Dudley Newitt Prize for experimental excellence and the BNFL section award at the 'SET for Britain' presentations at the House of Commons in 2004

Richard's research interests are focused around electrochemical engineering in the field of energy conversion technologies and resource efficiency.

More specifically he has interests in:

With a track record in industrial research Richard is keen to maintain these links and develop industrial collaborations in the field of electrochemical engineering.

Having a background in both Mechanical and Chemical Engineering and a strong interest in the alternative energy sector, Richard was well placed to take up R&D science and engineering positions in the fuel cell sector where he has been working since 2006. At Ceres Power (Intermediate temperature solid oxide fuel cells) he was involved in a wide range of activities such as the development of a novel electrolyte deposition process and current collection concepts which have been, or are being patented. Following this Richard moved to AFC Energy where he was a Senior Scientist developing alkaline fuel cells for stationary applications. At Lancaster University he continued electrochemical engineering research funded by UK research councils (EPSRC), Innovate UK, BEIS and industry. He is Technical Director of LiNa Energy Ltd. In teaching he delivers modules in particle technology, chemical engineering design and process safety. He has been director of studies for the MSc in Safety Engineering and Director of Undergradaute Teaching for Engineering at Lancaster

Richard is a Senior Lecturer in Chemical Engineering and Technical Director of LiNa Energy Ltd. 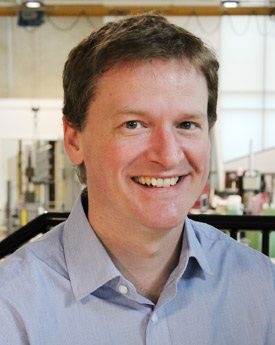