Co-director of the Centre of Excellence in Environmental Data Science (CEEDS), a joint initiative between Lancaster University and CEH

Gordon Blair is a Distinguished Professor of Distributed Systems in the School of Computing and Communications at Lancaster University and is also an Adjunct Professor at the University of Tromsø in Norway. He has published over 300 papers in his field and is on the PCs of many major international conferences in middleware and distributed systems. He is also a member of the steering committee of the ACM/ IFIP/ Usenix Middleware series of conferences. His current research interests include distributed systems architecture, middleware (including reflective and adaptive middleware), model-driven engineering techniques applied to adaptive distributed systems, and the applicability of contemporary distributed systems technologies (including cloud computing and the Internet of Things) to environmental science. He is co-author of the highly successful book Distributed Systems: Concepts and Design by Coulouris, Dollimore, Kindberg and Blair with the 5th edition published in 2011. He also holds a prestigious EPSRC Senior Fellowship in Digital Technology and Living with Environmental Change (DT/LWEC), and is co-editor in chief of Springer's Journal of Internet Services and Applications. He is theme lead (environment theme) for Lancaster's Data Science Institute, and also co-founder of the Centre of Excellence in Environmental Data Science (CEEDS), a joint initiative between DSI and the Centre for Ecology and Hydrology (CEH).

I have a strong interest in more applied areas of computing including how innovations in computer science can support environmental science in responding to challenges around climate change; areas of innovation include ubiquitous computing (new forms of data), cloud computing (elastic capacity to stoare and process this data) and data science (techniques to make sense of this data).

Professor of Distributed Systems, School of Computing and Communications, Lancaster University, 1996 to present

Member of the Steering Committee of the ACM/ IFIP/ USENIX Middleware Series of Conferences (having co-founded the event in 1998).

Member of the Editorial Board of Software and Systems Models (SoSyM), Springer, December 2006 to date.

Member of the Editorial Board of Software: Practice and Experience, June 2007 to date.

I am interesting in supervising PhD students on a range of topics related to:Distributed systems generally including cloud computing and middleware;Environmental informatics including the role of cloud computing in supporting environmental scientists;The digital economy, especially areas related to digital innovations and their impact on business or society (see the HighWire CDT - highwire.lancs.ac.uk);The role of models at run-time in supporting the engineering of distributed systems.

Methodologically Enhanced Virtual Labs for Early Warning of Significant or Catastrophic Change in Ecosystems: Changepoints for a Changing Planet
15/11/2019 → 14/05/2021
Research 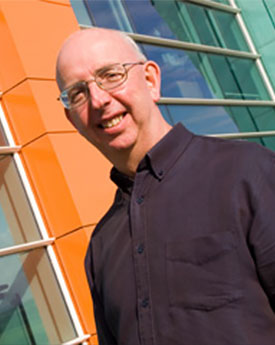