My current research focuses on issues of race, colonialism, decolonisation, and inequality. In particular, I am interested in examining how Higher Educational Institutions can bring about systemic change through various decolonising initiatives that link staff and students with each other and with local/regional communities. These research interests have been shaped by my work in academia and as a development practitioner both in the United Kingdom and in India.

My previous research has examined the intersection of politics, poverty and development. I continue to be interested in understanding the links between low politics (grassroots level) and high politics (national and provincial level) in different contexts. This involves the study of political power, contestation, collective action and capabilities through the lens of everyday state and society interactions. My doctoral research has examined these links in the context of local government (panchayats), NGOs and poor people in rural south India.

In addition, my grassroots development work in rural southern India and my work with a British NGO in the United Kingdom have enabled me to build my research and practitioner interests in these fields. In the UK, I have worked with an international NGO based in Lancaster called Money for Madagascar which funds community development projects on the island of Madagascar. This role has provided an insight into the role of donors in the western world, the politics of fundraising and the realities of development in practice. In India, I have worked at the grassroots with an NGO called ADATS in rural south India. This perspective from below has helped to broaden my understanding about the politics of aid and development in the Global South.

I co-convene the Decolonising Lancaster University Network which is a staff-student group that helps to build a greater understanding of these issues within the university. I am also currently researching ways in which both the academic and development community can support the needs of refugees and asylum seekers both locally and nationally within the United Kingdom. As part of this work, I co-convene the Lancaster University Sanctuary Network (that relates to supporting Asylum Seekers and Refugees).

At Lancaster University, I have taught on both undergraduate and postgraduate courses within the PPR department. In addition, I have also taught in LEC and the History department. My research work in relation to the areas of decolonising, race, inequality, gender and refugees has been located within the Educational Research department. In the UK, I have also worked as a practitioner with a national-level NGO based in Lancaster called Money for Madagascar, which funds community development projects on the island of Madagascar. In the past, I have worked with the Youth and Community Services in Lancashire. Before coming to the UK, I worked with a grassroots-NGO and an international school in India.

1. East meets West Committee – this women's group based in Lancaster aims to build a better understanding amongst women from both the East and the West by providing various forums for interaction and learning. EmW is very involved in supporting local asylum seekers and refugees.

2. Lancaster Black History Committee - LBH is a new grassroots community group of local residents working to fight racism through education. It was formed in June 2020. The group came together in response to the Black Lives Matter protests in the city, which were led by school children, university students and local unions. The main aim of the group is to make Lancaster a leading example of how Black British histories can be included in all aspects of education, arts and society. The group includes representatives from across the community – local community activists, school-teachers, arts organisations, voluntary groups, academics and historians. 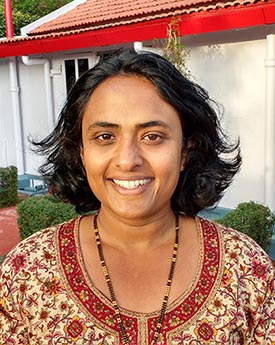