Since retiring from my Professorship at Lancaster University in December 2014 I have been pleased to remain a ‘continuing member’ of the University. I remain on the supervisory teams of two current PhD students, one working on ‘climate change rhetoric and catastrophe’ and another on the impact of ‘legal highs’ in rapidly modernising Romania. I have also recently joined the supervisory team for a Phd student who is researching ‘cycling sociabilities’.

Following my period as Head of Department of Sociology (2010-2013) I enjoyed a sabbatical that gave me a taste for reading again. I began a project on formulating a critical phenomenology from the work of Husserl, Heidegger, Sartre, Merleau-Ponty and Schutz… but so far have only managed to produce essays. One was published online last year taking a phenomenological approach to Theory of Mind and autism (it grew out of my involvement in the Catalyst project at Lancaster), another in the publication pipeline is on ‘guns and morality, taking issue with the Latourian view of materiality. A third draws on the role of bicycle repair videos in a changing material culture to argue for what Hans Jonas calls an ‘imperative of responsibility’ towards the stuff we use. I have a further two in draft form taking issue with the theory of ‘extended mind’ and the morality of technology that I am working on with a Dutch Emeritus Professor of Tissue Engineering. There are a series of themes in all these bits of writing; things and material culture, cultural mediation, moral responsibility for stuff and technology, theories of mind, perception and human action. Eventually I hope to form these ideas into a critical phenomenology useful in the dying days of late modernity.

Laurier, E. and Dant T. (2012) ‘What else we do while driving: towards the driverless car’ in M. Grieco and J. Urry (eds) Mobilities: New Perspectives on Transport and Society, Farnham: Ashgate. 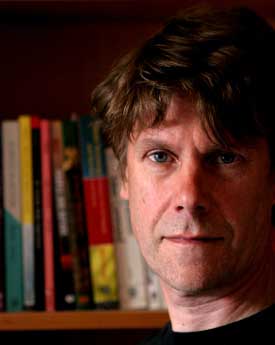