Lancaster University Chaplaincy Centre was dedicated on May 2nd 1969. It was ‘for the worship of God and the service of man, for refreshment and informal meeting, for acquiring fresh knowledge, and a place where counsel and help could be given’ (Act of Dedication).

Lancaster University Chaplaincy Centre was dedicated on May 2nd 1969. It was ‘for the worship of God and the service of man, for refreshment and informal meeting, for acquiring fresh knowledge, and a place where counsel and help could be given’ (Act of Dedication).

This was no ordinary act of dedication. It was conducted by representatives of many different Christian churches (an event rare enough even thirty years later), together with members of the Jewish community, with whom they had joined to provide the building. During the years since its Dedication the Centre has provided a unique facility for University members of many different religious traditions. Those using the building in that time have been drawn not only from every Christian tradition, but almost every major World faith.

The first approach to the University had been made by the Roman Catholic Bishop of Lancaster, Brian Foley. His enquiry about the provision of facilities for Roman Catholic students had rapidly become a joint enterprise which had united Catholic, Anglican, Methodist, Presbyterian, Congregational, and Baptist churches. Then they were joined not only by a Jewish partner, but also by sympathizers from the local Quaker community and the Unitarian church. Only the absence of a Muslim representative with whom to negotiate, prevented purpose-built accommodation for Muslims being added to that of the Jewish and Christian founders. A fund-raising appeal raised nearly £150,000 which was presented to the University so that the Chaplaincy Centre could be built. 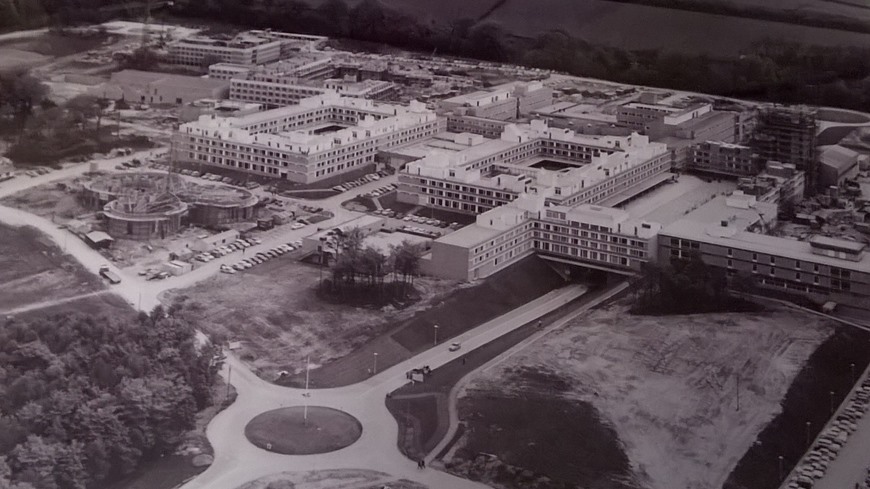 Daring to be Different

This partnership between different religious traditions provided the inspiration for a multi- sectional building, whose different sections were united by ascending spires. The architects were the Preston-based firm of architects, Cassidy & Ashton. It is one of the few buildings on the University campus that dares to be different, replacing the ubiquitous straight lines of other University buildings with its curves and circles. Only the Media Services Unit in the County College has joined the Chaplaincy Centre in this act of non-conformity.

The Spires and their Symbolism

The symbolism of the three spires reaching up together has encouraged many people to attempt to describe their meaning. The original design of the Chaplaincy Centre had three crosses rising from the spires. This caused concern among some people because one of them rises from the lobe that includes both secular and Jewish rooms. The Management Committee decided to saw off the two arms of that cross. The resulting spike is thought to point upwards towards whatever we may look up at. ‘You cannot see what it is the spike points to; you can only see the blue sky or the swirling rain, sometimes the stars. But you can show what it is: it is that which somehow shines in and behind what we see, the Transcendent to which the great religions give their own testimony.’ (Ninian Smart, 10th Anniversary Sermon). The distinctive spires have now become such a well- established feature of the University's profile that they act as a frequent landmark and meeting-place for visitors to the University and also served as the inspiration for a new logo adopted by the University in 1989 (its silver jubilee year). 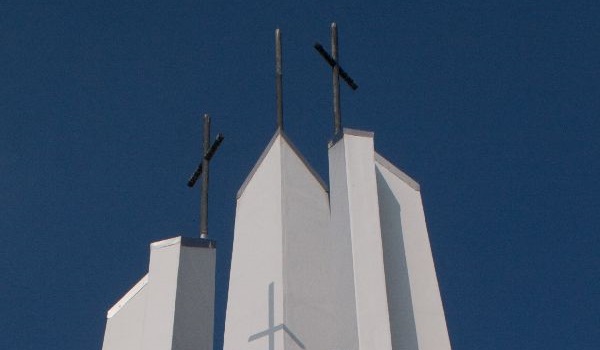 The Anglican and Free Church Chapel

The two Chapels were designed and furnished deliberately to complement each other. Each seats approximately 250 people, although the moveable door-screens allow either Chapel to overflow into the concourse if necessary. The principal feature of the Anglican/Free Church Chapel is the wooden sculpture behind the Communion table, entitled ‘The Battle’. Constructed by local artist, Jan Thorn, its angular sections, reminiscent of a crown of thorns, or of spears and crosses, symbolize the human struggle and quest for spiritual and eternal values. The organ, with one manual and four stops, installed in 1983, is the work of Lancashire organ-builder Peter Collins, and is on wheels, so that, with a little effort, it can be moved for use not only in either Chapel, but also between the Chapels in the Concourse area.

The Roman Catholic Chapel is dedicated to scholar, and statesman, St Thomas More, of whom there is a sketch portrait on the wall. The stations of the cross are the work of Morecambe sculptor Michael Edwards. In early 2004 there was a fire in the Catholic Chapel which required the Centre to be closed for the first time in over 30 years, until refurbishments were completed. Worship took place in the Jack Hylton rooms during that time. 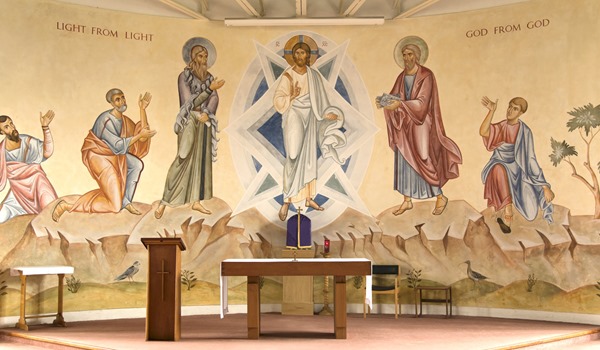 This circle, the final section of the building, provides accommodation for members of other religious traditions and faiths to hold their meetings. It is here that Quakers meet for Worship and the Buddhists for Meditation and reflection. It is also used by many other groups. It is joined to the concourse by two passageways, on either side of what was originally intended to be a porters' lodge. The staircase leads to a seating area, the Buddhist Meditation Room, the Chaplains' offices the offices of Natural Health and Friends International, the doorways to the Central Lounge and other parts of the Chaplaincy.

The Central Lounge is the Centre's principal social area, open to anyone to use, there are lockers here for off campus students. Of the Central Lounge are the Jewish Rooms and other meeting spaces, together with the offices of the Centre Secretary and the Methodist Chaplain.

Quick Links
Connect with us