Eating wild animals, known collectively as bushmeat or wildmeat, is associated with reduced anaemia cases among children living in the Amazon rainforest, a new study reveals.

In this, the largest study yet conducted anywhere examining the relationship between eating wildmeat and rates of early childhood anaemia, researchers found eating wildmeat more often can partially protect the health of some of the world’s most vulnerable rural children.

The findings, published today in the journal Scientific Reports, reveal an important insight into the potential health benefits of bushmeat for young children living in tropical forests around the globe and the need to allow forest communities to hunt, and manage these natural resources sustainably.

Health inequalities for people living in tropical forest areas like the Amazon are profound. Around two thirds of poor children living in Amazonia forest villages are considered anaemic due to factors such as household food insecurity, suffering from malaria and intestinal parasitic infections, or dietary limitations during the weaning period.

Iron-deficiency is the major cause of anaemia in children and globally is the leading cause of disability in children aged under five. It can hamper physical and cognitive development and affect health and wellbeing into adulthood.

The importance of wildmeat to the health of rainforest peoples has long been discussed, but empirical scientific evidence is scarce. In addition, evaluating wildmeat’s contribution to human health has added urgency given its potential links to zoonotic diseases such as coronavirus.

The international research team, involving academics from Lancaster University in the UK, the University of São Paulo, the Oswaldo Cruz Foundation (FIOCRUZ), and the Federal University of Pará in Brazil, sampled 610 young children from 58 forest communities and four ‘jungle towns’, in Amazonia. Little prior research has been done into the health of these hard to reach, remote river-dwelling populations. The team travelled between the towns including to Ipixuna, which is 2,800 km by river from the state capital, Manaus. The most remote community was 250 km by boat to the nearest town.

The researchers randomly sampled more than 1,100 households and interviewed caregivers in households with children aged six months to five years-old, asking about their children’s health and wildmeat consumption. They also took blood samples to measure haemoglobin concentration, an indicator of iron levels. The research covered children of different economic and cultural backgrounds living in remote forest communities and towns across central Amazonia.

The results show that consumption of forest animals such as rodents, tapir, wild pigs, deer and birds, is associated with increased haemoglobin levels for the most vulnerable rural children.

This was the case even in central Amazonia where, along with carbohydrate-rich manioc, fish is eaten almost every day in rural areas, providing a substantial source of protein, fat and many micronutrients, but modest amounts of iron. However, researchers found no association between eating wildmeat and improved health for less vulnerable rural children, and children living in towns.

Based on their findings, the researchers predict rates of iron-deficiency anaemia in the most vulnerable rural children could increase by around 10 per cent - more than 3,000 children in Amazonas State alone - if their access to bushmeat is jeopardized by any future restrictions on eating wild animals.

Dr Luke Parry, Senior Lecturer at Lancaster University and Principal Investigator of the study, said: “Our results indicate that wildmeat consumption in the most vulnerable rural households appears to positively influence haemoglobin concentrations among their young children. Across central Amazonia, our data show that wildmeat consumption may well be protecting thousands of vulnerable rural children in remote areas from iron-deficiency anaemia, which can cause irreparable damage to childhood development and life chances during adulthood.

“There have been calls by some scientists for bans on the bushmeat trade because of overhunting and zoonotic disease transmission, however it is hard to clearly separate subsistence hunting and trade and we show that any such bans would be likely to harm the health of some of the most disadvantaged children on the planet.”

The researchers discovered that four out of five rural Amazonian children eat wildmeat between the ages of one and two-years-old, and rural households consume on average four times as much wildmeat than their urban counterparts.

Cultural practices such as rural caregivers feeding children bush meat at a much earlier age than their urban counterparts appears to be an additional factor explaining wildmeat’s apparent positive impact on rural children’s health. For most rural forest dwelling Amazonians, wildmeat is a substantial source of energy, protein and micronutrients by the time they are one year old. Typically, rural children are fed wildmeat hunted by an adult relative or gifted by a neighbour.

Dr Patricia Carignano Torres, of the University of São Paulo and lead author of the paper, said: “Bushmeat provides an essential, and irreplaceable, benefit from nature for vulnerable remote people in the Amazon who often lack access to basic public health programmes and alternative sources of meat. Attempting to replace the nutritional benefits from wildmeat with beef would be ecologically-disastrous for Central Amazonia because it would lead to large-scale conversion of forests into pasture.

“There is a crucial need to develop inclusive community initiatives to ensure wildlife harvesting is done sustainably to protect biodiversity, and protect a vital food source for future generations.”

However, bushmeat should not be considered a ‘silver-bullet’ to resolve childhood anaemia, the researchers caution. As forest dwelling poor people face myriad disadvantages, eliminating anaemia, as well as other nutrient deficiencies, requires major investments such as improved access to primary healthcare and high school education – which is important for empowering mothers, sanitation and electricity, they say.

The results are detailed in the paper ‘Wildmeat consumption and child health in Amazonia’, which is published in the journal Scientific Reports. 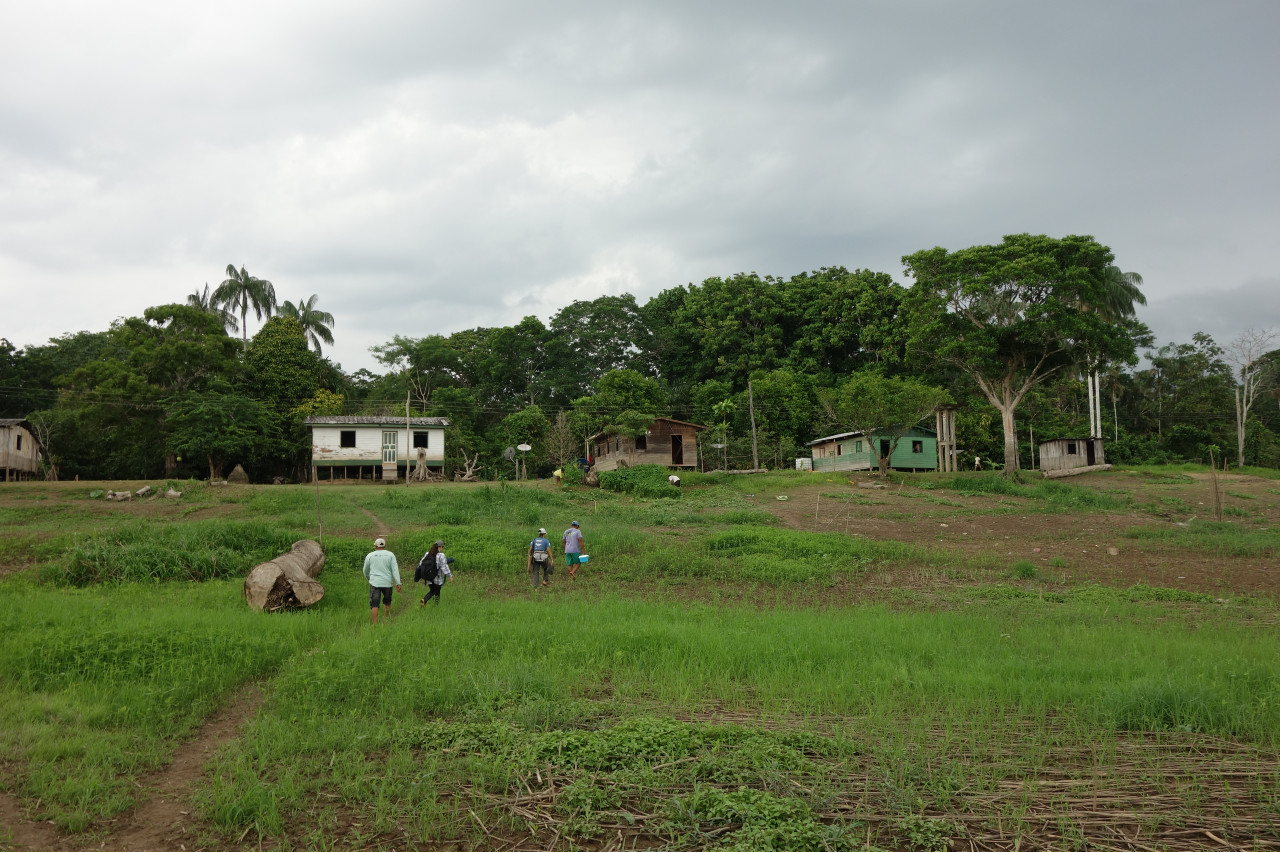 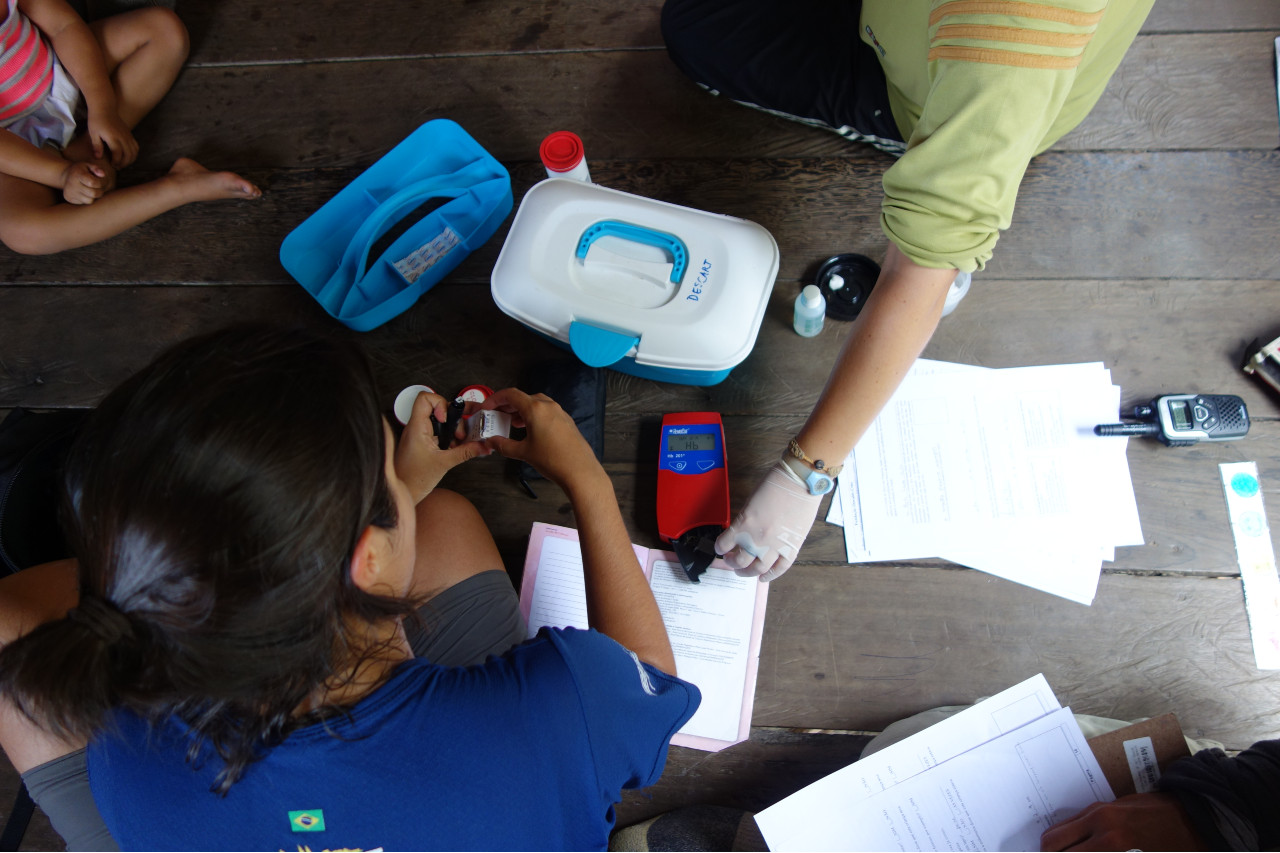 Across central Amazonia, our data show that wildmeat consumption may well be protecting thousands of vulnerable rural children in remote areas from iron-deficiency anaemia, which can cause irreparable damage to childhood development and life chances during adulthood.