Ruskin and the Persephone Myth

Reactions and responses to the Greek myth of Persephone, by John Ruskin and others.

John Ruskin drew inspiration from the myth of Demeter and Persephone (or Ceres and Proserpina, their Roman equivalents) for both his writing and art. This exhibition explored a variety of works by numerous artists including Ruskin, showing their reactions and responses to the Greek myth of Persephone. It was divided across the Museum's Galleries.

Gallery 1 was curated to offer a variety of artistic responses to the Persephone myth, promoting its different aspects and interpretations. All items in this section were inspired by the myth, as Ruskin was. From the high art of Rossetti’s Proserpine (1874) to deeply antique Greek coins to the everyday culture of modern children’s books, this half of the display showed an impressive range of work and spanned thousands of years. 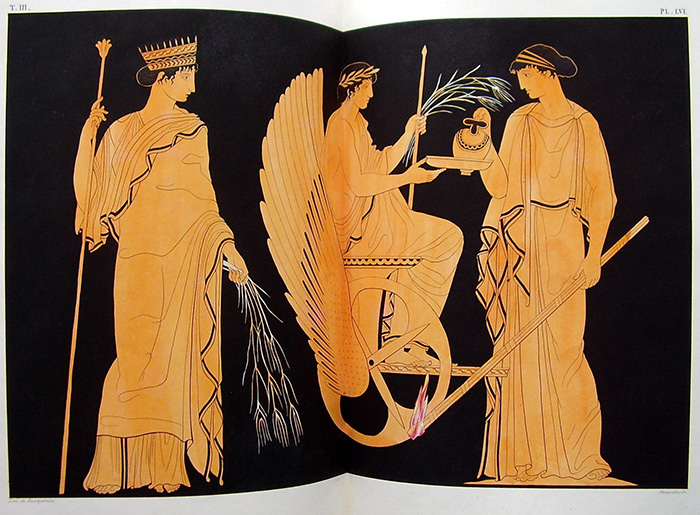 Gallery 2 showed Ruskin’s ideas of Persephone (or Proserpina) through various examples of his work, including: 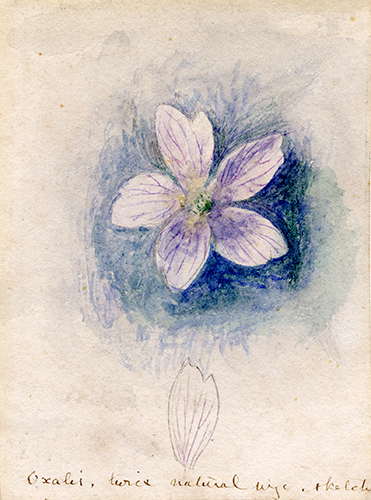 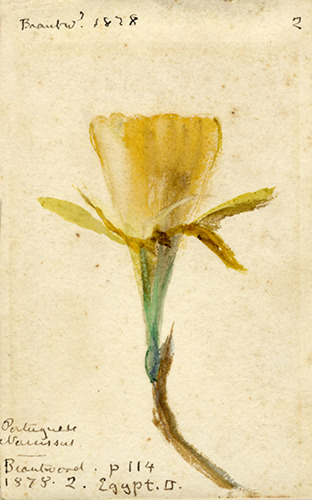 “I could get, and do get, some help out of Greek myths – but they are full of earth, and horror, in spite of their beauty. Persephone is the sum of them.”

Although the details of this myth are debated, its main story is as follows:

Persephone, daughter of Demeter (the goddess of agriculture), was picking flowers in the fields. As she reached for a particularly beautiful narcissus, the earth opened and Hades, the god of the Underworld, stole her away to the depths below. Demeter searched for her but could not find her. Raging and grieving at her loss, she forbade all living things from growing, and so the earth became barren. At last, Zeus intervened to release Persephone, provided that she had not eaten anything while in Hades’ realm. Yet, Hades had tricked her into eating some pomegranate seeds. This meant she was bound to return to the Underworld for some time each year: in Spring she became free and the world came to life, but in Winter she returned to the Underworld and the world perished. As a result, Persephone is associated with the seasons, fertility and death; she is the bringer of Spring, the classic young maiden (by way of her birth name ‘Kore’ or ‘Cora’) and the Queen of the Dead.

As well as the pomegranate and the narcissus, the following natural things are associated with the Persephone myth:

Poppy - it is said that Demeter received a poppy from the gods to help her sleep after Persephone was taken away. The poppy is also a symbol of fertility, something which Demeter gave to the earth.

Wheat - as the goddess of agriculture, Demeter is greatly associated with harvest.