A selection of landscape and architectural drawings made by John Ruskin throughout his lifetime. 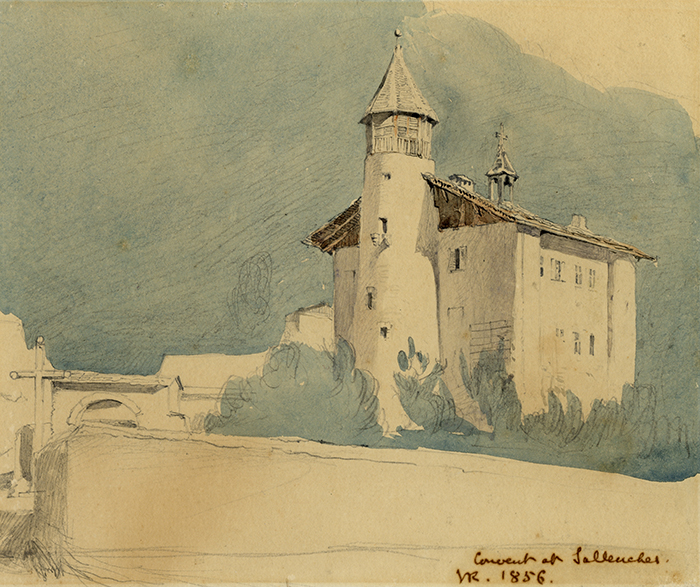 Towers and turrets remained a constant theme throughout John Ruskin’s work, both through individual studies and as part of the wider landscape. His first focused effort to observe the details of towers was in the years of 1832-1837. On his tours of 1835 and 1837, Ruskin produced copious studies of church towers and market squares across Britain and Europe. Later tours abroad fuelled his interest in detailed architectural study, especially of the churches of northern France (such as Rouen Cathedral) and the alpine towns of Germany and Switzerland; the towers of Fribourg, the walls of Lucerne and the beauty of Baden can be found time and time again in his work. Ruskin's careful observations of "the architecture of nations" resulted in one of his earliest published works The Poetry of Architecture, published in parts in the Architectural Magazine (1837, 1838). 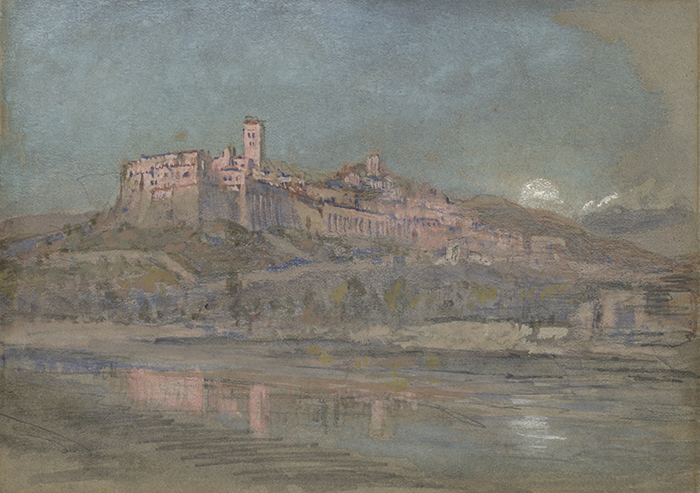 This exhibition showed a wealth of works from Ruskin's tours which are held in the Museum's Whitehouse Collection.

"No towers are so grand as the square browed ones, with massy cornices and rent battlements: next to these come the fantastic towers, with their various forms of steep roof; the best, not the cone, but the plain gable thrown very high; last of all in my mind (of good towers), those with spires or crowns..."