David Milman has been an academic since 1978. He was at the University of Manchester for 27 years and held office there as Dean of Law 1995-1997. Previously he had been Director of the Centre for Law and Business. He joined the Law School at Lancaster in 2005. He has just ceased holding office as Director of Postgraduate Studies in Law at Lancaster University and became Head of Department in August 2008.

Over the years he has held numerous external examinerships at a range of UK higher educational institutes and abroad (including University of Hong Kong and University College Dublin).

He was appointed a Visiting Professorial Fellow at the Nottingham Law School in December 2007. He was a Distinguished Visitor at the Erasmus School of Law in Rotterdam in December 2009.

In May 2010 he became a Professorial Associate at Exchange Chambers (Manchester).

Hon. Member of the Insolvency Lawyers' Association, 1996, Subscriber Member of the Society of Practitioners of Insolvency, 1997, Dean of the Faculty of Law at the University of Manchester 1995-1997. He became head of the Lancaster Law School in 2008.

His research interests are in the fields of company law, insolvency law, international business law and partnership law. He is a member of the Editorial Advisory Board of The Company Lawyer and Managerial Law. Having edited the Insolvency Lawyer for a decade in 2004 he became a co-editor of Insolvency Intelligence. He is a Consultant Editor to Sweet and Maxwell's Company Law Newsletter and a founder co-editor of the Bankruptcy and Personal Insolvency Reports.

Professor Milman is a subscriber member of R3 (Association of Business Recovery Professionals) and he was chair of the Insolvency Lawyers' Association Academic Advisory Group until 2008. Most recently, he organised the ILA academic seminar on the Challenges Facing Insolvency Practitioners in March 2007 at the Said Business School in Oxford. He is a frequent speaker on the professional conference circuit and has presented a number of papers for Central Law Training over the past 4 years. He also speaks at events organised by individual sets of chambers and by Regional Bar Associations. In 2010 he became a Professorial Associate at Exchange Chambers (Manchester).

He has carried out funded research for the DTI, the Chartered Association of Certified Accountants, the Insolvency Lawyers Association, the Centre for Business Performance at the ICAEW and for Hodgsons (insolvency practitioners).

Current research focus is in the area of bankruptcy law and personal credit. He is also working on corporate insolvency law reform with particular reference to distributional justice. He will present a paper on the latter subject at Rotterdam in December 2009. He is also working in the area of enforcement of debt obligations outside the traditional bankruptcy regime, and a paper on this subject will appear in a collection to be published by Ashgate later this year.

Professor Milman has taught in a wide range of commercial subjects both at undergraduate and postgraduate level. At postgraduate research level he has supervised more than a dozen successful research students and have several students currently working underhis supervision. Topics covered include:

He has published Modern Partnership Law (1983, with T. Flanagan), Sweet & Maxwell's Annotated Guide to the Companies Consolidation Acts (3rd ed., 1991, co-editor), Educational Conflict and the Law (1986), Annotated Guide to the 1986 Insolvency Legislation (11th ed. 2008, with L. Sealy), Receivers and Receiverships (1987, with J. Rushworth) and Corporate Insolvency Law and Practice (3rd ed. 1999, with C. Durrant), Regulating Enterprise (1999). In 1998 a Study of the Operation of Transactional Avoidance Mechanisms in Corporate Insolvency Practice (with R. Parry) was published. He was also a contributor to Palmer's Company Law (25th ed.) and is a co-editor of Bankruptcy and Personal Insolvency Reports. He was a contributor of three chapters to a new text (Palmer's Limited Liability Partnerships Law) in 2002.From 2007 Milman contributed to a number of Divisions in OUP's Annotated Companies Acts.

In 2004 Professor Milman had published in the Journal of Business Law a paper on Directors in the Twilight Zone and a piece in the Conveyancer and Property Lawyer on Moratoria in Corporate Rescue regimes.

The 13th edition of the Annotated Guide to Insolvency Legislation (with LS Sealy) will be published inMay 2010(in two volumes). This text is widely used in the courts as a primary reference work and has received a number of judicial citings. Work has commenced on the 14th edition.

Professor Milman has contributed sections to the Oxford University Press Annotated Companies Act, a major looseleaf commentary which was first published in October 2007. This publication is expected to be produced in paperback form in 2010.

David Milman completed a new monograph on how national corporate laws have been affected by the pressures of globalisation - see National Corporate Law in a Global Market: The UK Experience in Perspective (Edward Elgar, 2009). He is also undertook a review of UK personal insolvency laws, which was published in a special issue of the Singapore Academy of Law Journal in 2008.

His paper on distributional justice in insolvency, which was presented at the Rotterdam conference in December 2009, will be published by Elgar later this year in a collection based on the conference.

On any of the topics listed above. He contributed to a BBC File on Four radio programme on delinquent directors in 1999.

Professor Milman has wide interests in the area of international business law. He is an expert on Corporate Law and on Insolvency Law. Within Corporate Law, he specialises in the law relating to private companies. Within Insolvency Law, his interests extend to both Corporate Insolvency and Personal Insolvency. Generally, he undertakes research within the broad area of Business Organisations, specialising in the Law of Parternship and Limited Liability Partnerships. He researches in Comparative Law in relation to the above subject areas and is currently committed to examining Sharia Law aspects.

Centre for Law and Society 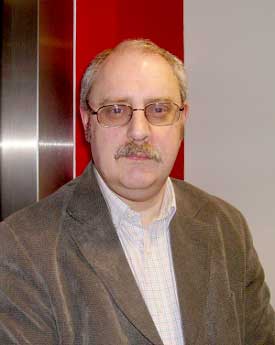