DAVID SUGARMAN is Professor Emeritus of Law at the Law School of Lancaster University, UK, a Senior Associate Research Fellow at the Institute of Advanced Legal Studies, University of London, and a Senior Associate of the Centre for Socio-Legal Studies, University of Oxford. He is a Fellow of the Royal Historical Society and an Honorary Fellow of the American Society for Legal History. His writing and teaching engage with law, history, politics and society, traversing legal history, company law, international human rights (with reference to the struggle to prosecute Augusto Pinochet and the 'human rights turn' in post-Pinochet Chile), the legal profession, legal education, European anti-discrimination law, women’s rights and gender equality, law and literature, law and the visual, legal life writing and socio-legal studies.

David has authored, co-authored and edited 24 books (including special issues of journals), and has written over 100 articles and book chapters. He contributed to the New Oxford Companion to Law, the Oxford Encyclopaedia of Economic History, the Oxford Reader's Companion to Charles Dickens, and the Blackwell Companion to the Enlightenment. He has also published articles in The Times (of London), The Guardian, The Santiago Times (Chile), Open Democracy and El Mostrador, and has contributed to TV (including ITN and CNN) and radio (e.g. BBC Radio 4 and World Service, and Vienna Public Radio) on legal history and international human rights. His published work has been translated into Bulgarian, Croatian, Czech, Danish, Dutch, Estonian, Finnish, French, German, Greek, Hungarian, Italian, Japanese, Latvian, Lithuanian, Polish, Portuguese, Romanian, Slovak, Slovenian, Spanish and Swedish.

The recipient of research grants and scholarships within and beyond the UK, David has undertaken commissioned research for governments, inter-governmental organisations and non-governmental organisations, most recently the European Court of Justice (2011 and 2013), the European Court of Human Rights (2011 and 2013), the European Union Parliament Women's Rights and Gender Equality Committee (2012 and 2013) and the Law Society (2010). He has held Visiting Professorships in Canada, Germany, Japan, Spain, and the USA, and has delivered over 300 invited lectures in more than 20 countries.

David has been extensively involved in institution building, through his leadership in creating and sustaining law schools in London and Lancaster, and through the establishment of and involvement in national and international working groups, associations, seminar and conference programmes and multi-authored, inter-disciplinary, and transnational scholarship. This has included engaging with non-academic and non-legal audiences.

As Founding Director, David established at Lancaster University the first Centre for Law and Society and the first Master’s Degree (LL.M,) Programme, “Law in History” in England and Wales. He also inaugurated and co-arranged the bi-annual Iredell Lecture Series in Law and History at Lancaster University. He founded and co-organised (with Paul Brand and John Styles) the first “History of Law and Society” Seminar Series in London (at the Institute of Historical Research, London University), inaugurated the “Legal History” Section of the Society of Legal Scholars and the “Cultural Histories of the Legal Professions” Section of the Working Group on Comparative Legal Professions, International Sociological Association (with Wes Pue), and convened the first conference on “Law and Society” under the auspices of History Workshop (with Joanna Innes and John Styles).

David has served as an Elected Trustee of the American Society for Legal History and the Law and Society Association and as a member of the editorial boards of the Journal of Legal History; Law and Society Review; Legal Ethics; The International Journal of the Legal Profession; The Canadian Journal of Law and Society; Studies in Law, Politics and Society; Continuity and Change: A Journal of Social Structure, Law and Demography; Law and Social Inquiry: Journal of the American Bar Foundation; The Company Lawyer. At Lancaster, he Co-Directed, "Conceptualising the contemporary 'professions': interdisciplinary debates", an Economic and Social Research Council-funded Research Seminar Programme and The Lancaster Professions Network. He was also a founder member of the "Dynamics of Memories" Research Group, which investigates the politics of memory, and the Latin America Research Group.

David's assistance has been acknowledged by over 100 authors in more than 130 publications. He was awarded the Lancaster University Teaching Prize for innovative curriculum design and inspiring student learning.

David's most recent books are:

David's most recent essays, articles and reviews are:

“The ‘Pinochet Effect’– the Impact of Transnational Legal Action”. Event Marking the 15th Anniversary of Augusto Pinochet’s Arrest in London. The State Parliament of Berlin, 30 September 2013.

“Quotas as an Instrument of Non-Discrimination and Positive Action”. Conference, “Getting Women on Board. Will the EU Do What It Takes?”. The European Parliament, Brussels, 7 March 2013.

Having gained an undergraduate law degree (LLB) at Hull University, he completed graduate work in law at Cambridge University as a William Senior Scholar in Comparative Law (LLM and Diploma in Comparative Legal Studies), and Harvard Law School (LLM), where he was awarded a doctorate (SJD).

The ‘Pinochet Effect’– the Impact of Transnational Legal Action.

A public lecture to mark the 15th anniversary of General Pinochet’s arrest in London, and its contemporary relevance. delivered at the State Parliament of Berlin on 30 September 2013. Prof. Sugarman shared the platform with Baltasar Garzón, the Spanish judge who reqested Pinochet’s extradition to Spain, and Juan Garcés, the lawyer who sought Pinochet’s arrest on behalf of Pinochet’s victims. The event was broadcast on German radio (Deutsche welle). A short film, drawing on the event, can be viewed on-line and down-loaded at:

Creating Quotas to Improve the Gender Balance among Directors of Companies.

A presentation on the EU’s proposal to create quotas to improve the gender balance among directors of companies delivered at the Conference, “Getting Women on Board”, the European Parliament, Brussels, 7 March 2013. Other participants included Commissioners, MEPs, and government and trade union representatives. The conference can be viewed on-line and downloaded from:

H.L.A. Hart (1907–1992) is frequently regarded as the twentieth century’s foremost legal philosopher, at least within the English-speaking world. Prof. Sugarman’s lengthy interview with Hart reviews Hart’s life, work and significance. The interview was digitalized by Oxford University Press, who posted it on the Web, along with Prof. Sugarman’s reflections on the interview. The interview is broken down into nine parts, available for streaming and download:

The interview is also accessible via the YouTube playlist. http://www.youtube.com/playlist?list=PL3MAPgqN8JWiLdUqgmrQMzhao6b-RrS49

The history of Crime and Punishment in Eighteenth and Nineteenth-Century England.

A guest contributor to “Secrets from the Clink”, a programme on the history of crime and punishment, broadcast on Independent Television (ITV1) on 6 August 2014 at 9pm:

Guest contribution to the BBC Radio Four series, "Voices from the Old Bailey" (July-August 2011), examining how far the law gave everyone a fair trial, from the lowest to the highest in society, in eighteen and nineteenth-century England:

1994 - The International Journal of the Legal Profession

1990 - 1995 Continuity and Change: A Journal of Social Structure, Law and Demography

1989 - 2001 Law and Social Inquiry: Journal of the American Bar Foundation

He has completed research for government departments, inter-governmental bodies and briefed non-governmental organisations on international human rights issues, European anti-discrimination law and with respect to legal services and the legal profession.

Legal Services and the Legal Profession.

He has been consulted on the history of English law and legal institutions by English Heritage, BBC TV - Timewatch, the documentary film, "Scandalous Women", the genealogy documentary series, "Who Do You Think You Are?" and the period drama series, "Father Brown". He appeared on the BBC Radio Four Series, "Major Victorian legislation, and how it changed British society."

He was involved in the making of the BBC Radio Four series, "Voices from the Old Bailey" (July-August 2011), examining how far the law gave everyone a fair trial, from the lowest to the highest in society:

Appeared in and legal history consultant for, “Secrets from the Clink”, a programme on the history of crime and punishment, broadcast on Independent Television (ITV1) on 6 August 2014 at 9pm:

Member of a project on “Legal Biography”, with the British Library, the Institute of Advanced Legal Studies (London), the Socio-Legal Studies Association and the LSE Legal Biography Project. Co-editor (with Linda Mulcahy, LSE) of a Special Issue of the Journal of Law and Society on Legal Life Writing: Marginalised Subjects and Sources, to be published in spring 2015.

Core Member, "Dynamics of Memories" Research Group. This international and interdisciplinary group investigates the politics of memory. Funding has been awarded by the Institute of Advanced Studies, Lancaster University,the European Science Foundation and the AHRC.A Colloquium on "Memory and Justice" was organised at Lancaster University in 2009. See, further, http://www.lancs.ac.uk/fass/groups/dynamicsofmemories/

He has been awarded research and allied funding from the following sources:

· The Arts and Humanities Research Council.

· The American Council for Learned Societies.

· The Association of Personal Injury Lawyers.

· The Council of Europe.

· The European Agency for Fundamental Rights.

· The European Court of Human Rights.

· Lancaster University, the Faculty of Social Sciences, and the Institute of Advanced Studies.

· The Law and Society Association.

· The Republic of Chile, Ministry of Justice, Denfensoria Pública.

· The Society of Public Teachers of Law.

Courts, Law and Politics in a Comparative Perspective (Law 307)

International Terrorism and the Law (LLM 215)

Panel, “The historical conditions most likely to sustain a broad, liberal, critical legal education. Perspectives from Argentina, Canada, Japan, the UK, and the USA
Participation in conference 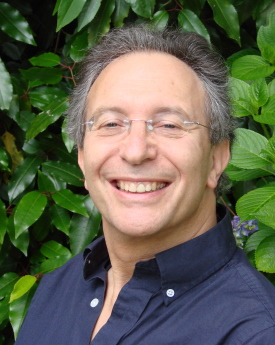