My aim is to delay the onset of ageing-related changes so that healthy lifespan is extended. Therefore I investigate the basic biology of ageing, which includes a search for reliable predictive biomarkers of ageing, from the behavioural to the molecular. To test potential anti-ageing drugs and targets I use the model organism Drosophila, altering expression of potentially ageing-relevant genes during adulthood, thus mimicking drug treatment.

Some genes change expression directionally with age, thus they are related to the ageing process either causally or consequentially. Most will be consequentially. If we extend lifespan using dietary restriction (DR) and measure gene expression and we see similar patterns of directional change in DR and control-fed flies, then these genes might be more likely to be causally associated with the ageing process. In the graphs below, gene expression between feeding regimes is different when measured using chronological time but when measured against cohort mortality, a proxy for physiological age (i.e. proportion of ultimate lifespan the animal/cohort has lived) the expression patterns are the same.

From Scott Pletcher’s paper in Current Biology (2002), data from http://www.hcoa.org/scott/

I use transgenic flies to maintain expression of specific ageing-relevant genes at young adult levels. By doing this I hope to achieve extension of healthy lifespan. The approach mimics a drug therapy approach to reduce or ameliorate the negative effects of age. The genes I test all have human homologs, some of which are either associated directly with ageing or with ageing-related morbidity, such as heart attack and Alzheimers Dementia. This work wss funded by the charity Help the Aged/Age Concern (now AgeUK).

Ageing (Aging – I side with the Americans here)

Evolutionary theory tells us why we age. So, while we know, therefore, that the answers are ultimately genetic, we don’t know what makes us age, how our genes allow the ageing process to progress, and how genetic differences can cause huge differences in lifespans between species. Understanding the causes of ageing is one of the last great mysteries in biology. The best way to measure ageing is to measure lifespan. And to study the genetics of ageing there is probably no better model organism than the fly Drosophila melanogaster.

These female flies opposite have a mean lifespan difference of nearly 40% as a result of a single gene knocked out in the insulin/insulin-like signalling pathway. The one on the left lives longer; the gene knockout results in dwarfism as well as longevity. This work was done from 1998-2001 in Linda Partridge’s lab at University College London, and showed the importance of this pathway in modulating survival, an effect which is evolutionarily conserved from worms and flies through to mammals, and almost certainly humans. Funded by BBSRC.

The effects of mitochondrial genotype on ageing and lifespan

Controlling the nuclear genetic background to a much greater degree than previously achieved, I compared the effects on lifespan of a range of different mitochondrial genotypes. In real world terms this work suggested that, while it is possible for mitochondrial type (even single altered amino acids) to have very large lifespan effects, this may be uncommon.

This figure shows the effects on cohort survival of three different mitochondria on a single nuclear background (from a Hawaii strain). Between the Alstonville and Japan mitochondrial genomes that code for proteins there is only one amino acid difference (ND2: His182?Tyr). However these mitochondria on seven other nuclear genetic backgrounds showed very minor lifespan effects. This work was done at Monash University, Melbourne, Australia, from 2003-2006, funded by the Australian Research Council.

Because mitochondria are transmitted by females, not males, they avoid any natural selection in males. Using the strains I made during this work, the effect of this on males was elegantly demonstrated recently by Damian Dowling in an article in Science. He showed that mitochondrial genomes can have significant negative effects in males (especially reproductive), but not in females.

Metabolomics of ageing in the rat

Describing the pathology of ageing in Drosophila

Interested students should email me for further information and reading on these topics, or come and see me. Note that currently, PhD students would need to be self-supporting.

In 1991 I began studying the Wolbachia endoparasite in Drosophila under Ary Hoffmann in Melbourne, Australia:

Wolbachia (seen in red clustering about the poles of Drosophila embryonic nuclei pre-mitosis) infects a very large number and variety of terrestrial insects, isopod, mites, nematodes and other hosts, drastically altering their reproduction in order to spread itself through populations. In 1997 I confidently predicted that the phenomenon was of academic interest only and its popularity would wane. This graph above shows the extent to which interest waned. In fact Wolbachia is currently being trialed as a method to control the major mosquito vector of the dengue fever virus. Who knew? In fact, interest really took off about the time I stopped studying it. Clearly I was holding the field back.

Still, no-one has done the really interesting thing, which is to work out how Wolbachia alters host reproduction...

I have projects available for self-funding PhD and Masters by Research candidates. In the area of Biogerontology. Age is the major risk factor for the major causes of death in humans. Therefore I investigate the basic biology and the genetics of ageing with the aim of delaying the onset of ageing-related changes so that healthy lifespan is extended. To discover and test potential drug targets and therapies I use the model organism Drosophila. I welcome enquiries from students interested in this rapidly moving and very exciting area. I also have a bioinformatics MRes project to investigate nuclear-mitochondrial genetic interaction effects on human health using UKBiobank data. And a project to characterize small-molecule antimicrobial activity isolated from the surface of eggs of the fruitfly Drosophila

Meeting with NeuSensors
Types of Business and Community - Hosting of external, non-academic visitor 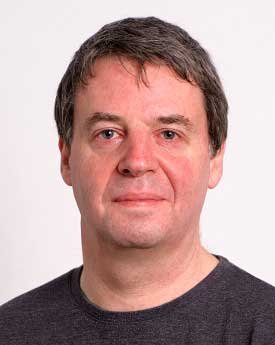