Dr Edward Parkin is interested in the role played by the proteolysis of cell surface proteins in prostate and colorectal cancers and in the neurodegenerative condition, Alzheimer's disease (AD).

Alzheimer's disease (AD) is a neurodegenerative condition caused by accumulation within the brain of neurotoxic amyloid beta (Aß)-peptides. These short peptides are derived from the larger amyloid precursor protein (APP) through sequential cleavage by two enzymes known as β- and γ-secretases. Alternatively, APP can be shed from the cell surface through the action of an α-secretase which cleaves within the Aß region of the molecule thereby precluding the formation of intact Aß-peptides. We are particularly interested in the role played by a group of enzymes called 'ADAMs' in α-secretase cleavage of APP. Up-regulation of these enzyme activities may be beneficial in AD. We also conduct a considerable amount of work on the role of copper and APP binding of this metal in AD.

Although APP has received most attention for its role in AD, more recent studies, including our own, have shown that the protein has a role to play in various cancers. We have shown that copper binding by this protein enables prostate cancer cells to grow effectively despite the high concentrations of this metal found in tumours. We have also shown that APP induces a change in prostate cancer cells known as epithelial-to-mesenchymal transition (EMT) which facilitates spread of the cancer throughout the body.

Notch signalling is a mechanism that cells use to communicate with each other, essentially telling each other how to grow and divide. When this signalling pathway breaks down the cells grow uncontrollably into tumours. We are very interested in the role played by Notch signalling in prostate and colorectal cancers.

Various Masters by Research and PhD projects are available on a self-funded basis including: Investigating the role of hypoxia-inducible factor in APP proteolysis in human cell culture and Drosophila models. Elucidating the role of dichloroacetate in the proteolysis of the Alzheimer's APP protein Investigating the synergistic effects of dichloroacetate and Notch inhibitors in relation to prostate cancer cell toxicity. The role of Jagged1 on prostate cancer metastasis. 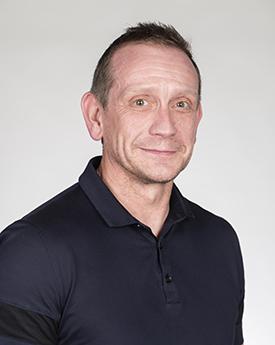