My research interests focus on (i) Understanding the fundamental mechanisms associated with toxicity of aggregated proteins in neurodegenerative disorders such as Parkinson’s disease and Motor Neurone Disease. Current research is focused on TDP43, FUS, alpha-synuclein and beta-synuclein (ii) Characterising the proteins and mechanisms involved in the recombination of homologous DNA molecules and (iii) Exploiting the use of monoclonal antibodies generated against recombinant human proteins to localise trypanosome proteins.

Current projects in my laboratory include:

Protein aggregation is a hallmark of many neurodegenerative disorders including Alzheimer’s Disease (AD), Huntington’s Disease (HD), Parkinson’s Disease (PD) and Motor Neurone Disease (MND). Each of these diseases is characterised by abnormal aggregation of one or more specific proteins. Typically familial forms of these diseases are associated with mutations in the gene encoding the protein with propensity to aggregate. For example familial forms of motor neurone disease may be associated with mutations in the genes encoding TDP-43 or FUS proteins, which aggregate abnormally in MND patients. Our work is currently focused on the a-synuclein protein (associated with PD), b-synuclein (associated with Dementia with Lewy Bodies, DLB) and the TDP43 and FUS proteins (associated with MND). Our work focuses on expressing in E. coli and purifying ‘normal’ wild type and ‘mutant’ disease associated forms of these proteins and characterising their aggregation propensities. We have raised antibodies to recombinant proteins and are currently characterising their specificities with a view to developing further biomarker assays.

Currently I am Director of Studies for the IBMS accredited BSc (Hons) Biomedical Science degree, and for the 2nd and 3rd years of the BSc/MSci Biomedicine programmes.

I convene and teach on the following modules: 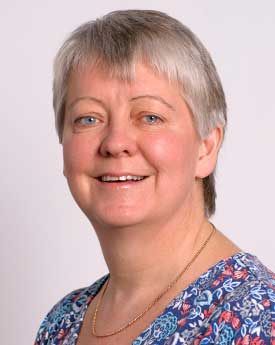