Dr Wright's research spans the cellular and molecular mechanisms of the cannabinoid system in gastrointestinal epithelium to the translational aspects of realising the therapeutic potential of cannabinoids in diseases such as Crohn's Disease, Ulcerative Colitis and colorectal cancer. Existing projects include intestinal barrier and permeability studies.

She is currently developing a new model of intestinal tissue culture that takes into account physiological levels of oxygen and energy sources, in partnership with GI physicians, surgeons and pathologists at the Royal Lancaster Infirmary and involves patients and human volunteers.

Role of the endogenous cannabinoid system in the human gastrointestinal tract

The inflammatory bowel diseases (IBD) Crohn's disease and ulcerative colitis, affect more than 100,000 people in the UK. They can give rise to symptoms of bloody diarrhoea, abdominal pain and weight loss. These diseases are characterised by recurring bouts of these symptoms over many years. Such long-term inflammation acts as a risk factor for bowel cancer. The cause of inflammatory bowel disease remains unclear and there is no cure. Drug therapy (such as steroid use) has an anti-inflammatory effect through non-specific generalised immunosuppression.

A family of molecules, termed endocannabinoids, occur naturally in the body. During the last few years, the potential medicinal use of components of the Cannabis plant in human diseases has focused much attention on the system inherent in the body that responds to both plant-derived and endogenous cannabinoids. Endocannabinoids have modulatory effects on the immune system and this may have therapeutic implications for inflammatory conditions, such as IBD.

My core research interests have concentrated on the cellular and molecular inflammatory processes involved in IBD. Using human colonic epithelial cell lines as models of inflammation, initial studies were aimed at identifying pro- and anti-inflammatory cytokine signalling pathways that impacted on nitric oxide and prostaglandin production. I then investigated the presence and function of the cannabinoid system in human intestinal tissue, in relation to intestinal inflammation. These studies examine human colonic tissue of diseased and normal origin, including colorectal cancer biopsies for comparison and involve the purification of primary colonic epithelial cells from colonic resections.

A similar approach has been undertaken to define the cannabinoid system in Crohn's Disease, specifically in the human ileum. I have been investigating how cannabinoids cooperate with other receptors and signalling pathways to modulate gastrointestinal cell migration, proliferation, differentiation and survival. Many of these pathways are dysregulated in Inflammatory Bowel Disease, particularly in relation to barrier integrity and autophagy. Identifying the regulation and function of these receptors in chronic inflammatory settings and the development of intestinal neoplasia, forms a large part of my research profile.

Cells and tissues traditionally cultured in the laboratory do not experience the levels of oxygen or the energy sources that they would in their natural microenvironment. This does not reflect normal physiology and much of the scientific information previously gained about the cells that line the intestinal tract and the mechanisms of their responses during inflammatory processes, has not addressed this issue.

This research will 1) establish cell and tissue culture conditions that are physiologically relevant for cells in the gastrointestinal tract; and 2) redefine a cellular model of inflammation under these conditions. It is envisaged that this work will contribute new information about how these cells normally function in this physiologically relevant environment and more accurately reflect the changes that occur during intestinal inflammation, and, by so doing, improve our understanding of the mechanisms of diseases such as Crohn's Disease and Ulcerative Colitis. The project relies heavily on the generosity of patients to donate some of their intestinal tissue taken during surgical procedures and will result in better informed therapeutic targets for human gastrointestinal diseases.

Realist Inquiry: What works, for whom, how and in what contexts?
Participation in workshop, seminar, course 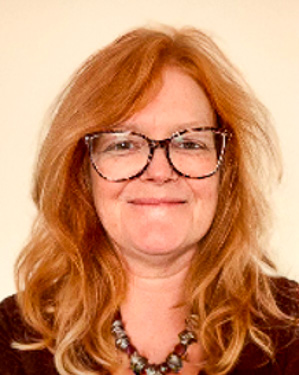