My research expertise is in palliative and end of life care, a multidisciplinary field. My work is recognised and used to influence policy and practice to improve palliative care throughout the world. My research focuses on: the needs of older people and family caregivers, who have cancer and other chronic diseases, and evaluation of organisational and service configurations. There has been a step change in the growth and reputation of the International Observatory on End of Life Care (IOELC) which is now widely recognised for, not only international mapping, but for research and education that has built upon this foundation.

Some of the current international projects in the IOELC include:-

My specific research interests focus on the role and experiences of family carers in supporting patients approaching the end of life. For example, I have led a led a Marie Curie Cancer Care funded project called ‘Unpacking the Home’ which has investigated the retrospect accounts of 59 bereaved family members who have facilitated the death of an older person at home. I am frequently invited to collaborate with others, for example: cross faculty ESRC research grant 2012 with Linguistics & Computing, cross universities RfPB grant 2012 (Universities of Manchester, Liverpool & York), international EU FP7 grant 2012 (Universities of Nijmegen, Bonn, Navarra & WHO). I have been successful in capacity building my research team to secure new grant income (eg Dr Mary Turner, awarded Marie Curie Cancer Care (MCCC) funding for improving palliative care in prisons in 2013). Much of my work involves developing research capacity and encouraging the professional development of the next generation of researchers in palliative care (eg Dr Chris Burton (Bangor) awarded MCCC funding for palliative care in stroke in 2013). Therefore, I often act as a senior colleague (mentor) for grant applications and in the preparation of research publications.

I had a National research leadership role as Directorship of the Cancer Experiences Collaborative (CECo) during which I successfully led a collaborative consortium (2006-2012) obtaining prestigious National Institute for Cancer Research (NCRI) funding of £1.9 million. The Cancer Experiences Collaborative aimed to improve the quality and quantity of research in supportive and palliative care in the UK. I provided leadership and strategic direction for colleagues in palliative care at five universities (Manchester, Nottingham, Lancaster, Liverpool & Southampton) to deliver on three major new programmes of research: non-pharmacological management of complex symptoms, end of life care for older people, and methodological innovations. CECo generated substantial new grant income of £18,762,705 and published 547 clinical and academic papers. Professor Mike Richard, Cancer Director for the Department of Health, rated our achievements as outstanding at the Final Review meeting in December 2010. An impact report to be published by NCRI in late 2013, highlights the considerable achievements of CECo which has attracted international attention as a model for research collaboration and capacity building. For example, CECo was used as a model for the establishment of similar research collaboratives: in Victoria, Australia, and in the new All-Ireland Institute for Hospice and Palliative Care (funding Euros 8 million, 2011-2015) where I have been appointed as an external expert advisor and member of the Research Steering Board.

I am on the senior management teams of the five current EU FP7 projects listed above and led Work Packages in each of these projects. I hold visiting chairs at Monash University, Melbourne and Trinity College, Dublin.

Currently I teach on the Doctorate in Palliative Care (DHR) and the MA in Hospice Leadership (LUMS).

I am widely recognised throughout the world as an influential leader in promoting multidisciplinary work in palliative care. Following a four year period (2007-2011) as Vice President of the European Association for Palliative Care (EAPC), I was elected as President (2011-2015) (the first non-medically qualified person to hold this position). The EAPC is a Non-governmental organisation (NGO) recognised by the Council of Europe which represents 55 national palliative care associations from 32 countries in Europe and 47 countries worldwide (with a membership of over 80,000 professionals). I manage a secretariat based in Milan, Italy, and chair an international elected Board. The EAPC undertakes a range of strategic, policy, advocacy, and scientific work (eg publishing clinical guidelines) which are generally regarded as world leading. In 2012, I was influential in launching and editing social media for the EAPC (blogs see www.eapcnet.wordpress.com, Facebook, Twitter). Within the DHR, I have been Deputy Head of Division since 2010 and have serviced on the DHR Executive Committee. At FHM level, I am a member of the Education and Human Resources Committees, and at university level, I have serviced on the Promotions Committee. Since October 2012, I have been Associate Director of the NIHR North West, Lancashire and Cumbria Research Design Service providing support to NHS staff and other people seeking to make applications to NIHR funded and other research competitions, and chairing RDS meetings of frontline and senior advisors across the three universities (UCLAN, Cumbria and Lancaster) in this region.

The use of proportional palliative sedation for the relief of refractory symptoms: an international multicenter study
01/01/2019 → 31/12/2023
Research

What are the views of people affected by cancer and other illnesses about end of life issues? professional and patient perspectives.
01/08/2004 → 31/01/2005
Research 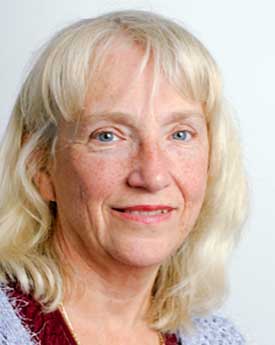