My research expertise is the application of electrophysiological and molecular biological techniques to understand the regulation of ion transport across the biological membranes. I currently use fungal and yeast cell as well asanimal cell expression systems (CHO and HEK cells). My research interests have more focussed on anion efflux and Ca2+ influx across the plasma membrane of fungal cells towards identifying and evaluating potential new drug targets. More recently I have collaborated with collegues in the Physics and Engineering departments (Lancaster University and Warwick Uinversity) to investigate the role of transmembrane voltage in signal transduction and the physical origins of selectivity of ion channel.

The major research interests of my group concern the regulation of ion transport across the biological membranes of plant and fungal cells. Current areas of interest include:

Physical origins of selectivity and permeation of ion channels

I currently collaborate with the Medical Physics Group (Lancaster; headed by Professor McClintock) to investigate fundamental properties of ion channels. Specifically, we have recieved EPSRC funding to develop a novel biophysical model towards understanding of ion permeation through ion channels. My role in this collaboration is to perform electrophysiological recordings of Na+ selective channels expxressed in CHO cells and HEK cells. Site-directed mutagenesis and synthetic biology (generation of unique concatemers) is also employed to test predictions and validate the model.

Organic acid secretion from higher plant roots and fungi into the soil solution plays an important role in nutrient acquisition and metal ion detoxification. Surprisingly, the pathways by which organic acids cross the plasma membrane of cells are not well characterised and little is known of the molecular mechanisms that regulate the exudation of organic acids. We are currently characterising anion channel activity in Aspergillus nidulans and the root of Arabidopsis. We have identified a novel organic acid efflux channels in the plasma membrane of Arabidopsis epidermal root cells (e.g. Diatloff et al., 2004) and Fungi (e.g. Roberts et al. 2013). The regulation of these channels suggest that these transporters probably play a role in phosphate acquisition and other nutrient acquisition.

Fungi are a diverse but discrete group of organisms with a myriad of activities, many of which impact both directly and indirectly on mankind. Thus understanding how these organisms respond and adapt to their environment is of fundamental importance. Cytosolic Ca2+ has been established as a ubiquitous intracellular signal molecule, essential for the transduction of a wide variety of environmental stimuli in eukaryotic cells. However, despite a strong body of evidence showing key roles for Ca2+ signal transduction in filamentous fungi, our understanding of Ca2+ signalling in these organisms is not well developed. One of the main reasons for this is our current ignorance of Ca2+-permeable channel activity (which is responsible for mediating cytosolic Ca2+ signalling events) in filamentous fungi. Work is ongoing to address this fundamental gap in our knowledge; namely, to identify and functionally characterise Ca2+ permeable channels in filamentous fungi. This work is taking advantage of recent developments in fungal genomics, initially leading to the identification of a number of candidate genes that are likely to encode Ca2+ permeable ion channels (and thus play key roles in Ca2+ signalling) in the model filamentous fungus, Aspergillus nidulans. A multidisciplinary approach, combining a range of molecular biological and cell biological techniques, is being employed.

I am currently the faculty director for our international teaching partners (e.g. Sunway University) and I oversea delivery and assessment of Dual Lancaster awards at UG and PG levels.

Currently I teach on the following modules:

BIOL121 Impact of Microbes: I cover Fungi. I module organise.

BIOL387 Bioscience Research Project: Student projects in Cell Biology with a focus on Ion Channels. These projects are research based and have contributed to at least 3 papers recently (with student acknowledgement as a co-author).

2004 Knowledge Transfer Partnership (KTP) award part funded by the Department for Trade and Industry (via the BBSRC) and Micap plc. Developing novel encapsulation technology to protect and control the release of active ingredients from yeast. (with Dr C Price) £135,323.

Ionic Coulomb blockade oscillations and the physical origins of permeation, selectivity, and their mutation transformations in biological ion channels
01/04/2015 → 30/09/2018
Research 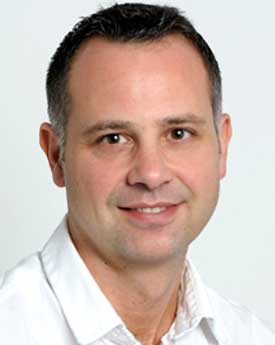