My research interests fall across ethics, political theory and applied ethics. One of my main interests, in all three of these areas, is in the many facets of the concept of responsibility. In ethics, I also work on Kant, and in political theory, I have a special interest in Hannah Arendt. In applied ethics, I have been involved in collaborative research on children, health and public policy, including the EU-funded projects IDEFICS and I.Family which investigated diet and health-related behaviours in a large cohort of families across Europe. I have also worked on ethical issues in collaborative design of public services and on ethical issues in biomedical research.

I have also been a Visiting Professor at the Ruhr University in Bochum, Germany and have previously held visiting fellowships at Copenhagen Business School's Department of Intercultural Communication and Management, the European Academy for the Study of the Consequences of Scientific and Technological Advances, Bad Neuenahr-Ahrweiler, Germany, and the Centre for Ethics, Philosophy and Public Affairs at the University of St Andrews.

I have taught moral philosophy, political thought and applied ethics. My recent teaching at Lancaster includes:

These interests often relate to applied and policy questions. Topics of my current work include the powers and responsibilities of business corporations and the framing of issues in public health (including corporate regulation, individual responsibility, and health inequalities). These follow from my involvement in two large EU-funded projects on children, diet and health, I.Family (2012-2017) and IDEFICS (2006-2011). Related interests include research ethics and biobanking. I was also involved in an AHRC-funded project Leapfrog on innovative ways to promote wider engagement in the design of public services, and am collaborating with the ESCR-funded CASS centre (Corpus Approaches to Social Science) in a project on newspaper representations of obesity.

I have been involved in a series of European funded collaborative projects relating to health and biotechnology, contributing especially in the areas of ethics and public policy. I was Principal Investigator at Lancaster for the EU Framework 7 project I.Family - Determinants of eating behaviour in European children, adolescents and their parents, March 2012 to February 2017. Coordinated by Wolfgang Ahrens at Bremen University, this major collaborative project investigates the determinants of dietary and health-related behaviours in a large cohort of European families. I.Family followed an earlier project, IDEFICS (Identification and prevention of dietary-and lifestyle-induced health effects in children and infants), funded by the EU under Framework 6 from 2007-2012. This was an epidemiological and intervention project on childhood obesity, involving over 16,000 children.

I have also collaborated with colleagues in LICA (Lancaster Institute for Contemporary Arts) and Glasgow School of Art on an AHRC-funded project called Leapfrog (2015-2018). The project developed innovative ways to promote wider engagement in the design of public services.

Earlier projects in which I was involved include INES - Institutionalisation of Ethics in Science Policy (FP6) and Eurogenbank (FP4), on genetic banking in six European countries. I have also done training and consultancy in police ethics and in research ethics.

I have research interests across normative ethics, political theory and applied ethics (especially public health). I would be glad to hear from potential doctoral students considering research on Kant's practical philosophy, Hannah Arendt, the political theory of corporations (business or otherwise), the philosophy of responsibility, and public health (especially in the areas of food and noncommunicable disease). 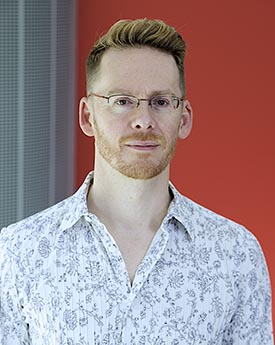