I am now Professor Emerita, having retired in September 2020.

From 2015-20, I was Deputy Director of the Centre for Research and Evidence on Security Threats (CREST) and led a research programme focused on actors and ideologies in social context.

I am interested in how religion, the secular and post-secular are constructed and represented in spaces, material culture and public discourse, and in what separates and unites them. I continue to work on the transmission and learning of beliefs, values and practices.

In earlier work I identified some theoretical and methodological resources for breaking open the secular and for exploring the boundary between religion and non-religion. I also discussed the capacity of the concept of the 'sacred' to operate across this boundary with reference to those deeply-held beliefs and values that are non-negotiable.

Between 2015 and 2020, I led research on how ideas, beliefs and values are learned and shared and their role in regulating behaviour in families, schools, organisational contexts and between peers. With Ben Lee, I developed a framework for analysing ideological transmission and learning. Other work packages included synthetic and original research on regional groups and cultures in transnational context, reciprocal radicalisation, Muslims and Islam in the UK, and minority religions and uncertainty (with Matthew Francis). See here for further CREST resources.

Religion, space and the secular

I developed a spatial methodology for the study of religions, and then applied it to the location of religion in a variety of secular contexts, including the left hand, a health centre, school, urban landscapes, media discourse, everyday ritual and academic disciplines, and to the relationship between the religious, secular and postsecular. Arising from this research, I wrote articles on the spatial turn in the study of religion, the importance of place and space, religious mapping and other spatial methods, and the geography of religion.

I participated in a collaborative project (2013-16), Iconic Religion: How Imaginaries of Religious Encounter Structure Urban Space (funded by the HERA Cultural Encounters Programme, with colleagues at Ruhr University, Germany and University of Utrecht in the Netherlands). The UK case study (with Steph Berns) was focused on sites in central London and Southwark. A major exhibition, The Urban Sacred, was developed. An open access special issue on 'Iconic Religion in Urban Space' was published in Material Religion.

I directed an interdisciplinary research programme on Diasporas, Migration and Identities from 2005-10 (funded by the UK Arts and Humanities Research Council), featuring forty-nine projects and networks. Diasporas, Migration and Identities: Final Director's Report is available on www.diasporas.ac.uk, and Diasporas: Concepts, Intersections, Identities, co-edited with Seán McLoughlin, was published in 2010 (Zed Books). The programme concluded with a Programme Directors' Impact Fellowship, in association with which I produced www.movingpeoplechangingplaces.org and an accompanying book, Moving People, Changing Places (CRP, 2011).

Until leaving the University of Leeds in 2012, I directed the Community Religions Project (CRP) and supervised student teamwork projects on the 'Religious Mapping of Leeds'.

In the past I researched and published in the fields of modern Hindu Studies, including Hinduism: A Very Short Introduction (OUP, second edition 2016), new religious movements, including My Sweet Lord: The Hare Krishna Movement (Thorsons, 1986), religions in modern Britain, including Hinduism in Leeds: Religious Practice in Indian Hindu Communities and Modern Hindu Movements (CRP, 1986).

I am President of the European Association for the Study of Religion. I also chair the governing board of Inform (Information Focus on Religious Minorities). 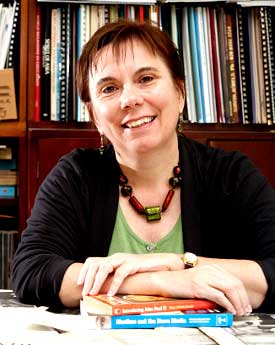 Please email me for an appointment on k.knott@lancaster.ac.uk.