My major research interests lie within the philosophy of science and medicine. My research to date has culminated in three books. My first monograph Classifying Madness (Springer, 2005) concerns philosophical problems with the Diagnostic and Statistical Manual of Mental Disorders, more commonly known as the D.S.M. The D.S.M. is published by the American Psychiatric Association and aims to list and describe all mental disorders. The first half of Classifying Madness asks whether the project of constructing a classification of mental disorders that reflects natural distinctions makes sense. Chapters examine the nature of mental illness, and also consider whether mental disorders fall into natural kinds. The second half of the book addresses epistemic worries. Even supposing a natural classification system to be possible in principle, there may be reasons to be suspicious of the categories included in the D.S.M. I examine the extent to which the D.S.M. depends on psychiatric theory, and look at how it has been shaped by social and financial factors. I aim to be critical of the D.S.M. without being antagonistic towards it. Ultimately, however, I am forced to conclude that although the D.S.M. is of immense practical importance, it is unlikely to come to reflect the natural structure of mental disorders.

My second book is called Psychiatry and the Philosophy of Science and came out in Acumen's Philosophy of Science series in 2007. This book examines the ways in which psychiatric science is like and unlike more established sciences. The book is structured around five features that distinguish psychiatric science from many other sciences. These are that a) The subject matter of psychiatry is contested, b) Psychiatry employs particular modes of explanation, c) Mental health professionals work within different paradigms, d) Psychiatry is problematically value-laden, and e) Psychiatry is essentially action-guiding. Chapters of the book examine these features, and seek to show how philosophers of science can benefit by looking at psychiatry, and how psychiatry can learn much from the philosophy of science.

My most recent book, Diagnosing the Diagnostic and Statistical Manual of Mental Disorders (Karnac, 2014) evaluates the latest edition of the D.S.M.The publication of D.S.M-5 in 2013 brought many changes. Diagnosing the Diagnostic and Statistical Manual of Mental Disorders asks whether the D.S.M.-5 classifies the right people in the right way. It is aimed at patients, mental health professionals, and academics with an interest in mental health. Issues addressed include: How is the D.S.M. affected by financial links with the pharmaceutical industry? To what extent were patients involved in revising the classification? How arediagnoses added to the D.S.M.? Does medicalization threaten the idea that anyone is normal? What happens when changes to diagnostic criteria mean that people lose their diagnoses? How important will the D.S.M. be in the future?

Looking ahead, over the next couple of years I plan to write a book on the concept of disease. This book will develop the account of disease that I proposed in my 2002 paper "Disease".

My major research interests lie within the philosophy of science and medicine, especially philosophy of psychiatry. My research focuses on conceptual problems around psychiatric classification, and on understanding concepts of disorder and health. My most recent book, Diagnosing the Diagnostic and Statistical Manual of Mental Disorders (Karnac, 2014), has just been published, and examine issues with the DSM-5, the latest edition of the classification of mental disorders published by the American Psychiatric Association. My earlier monograph Classifying Madness (Springer, 2005) also concerns philosophical problems with psychiatric classification. I am also very interested in problems having to do with the concept of disorder. I am trying to work out what makes a condition count as a disorder, as opposed to a moral failing, or normal variation. I have written widely on this problem, and hope to finish off a book on the issue in the next couple of years. My other major publications include Psychiatry and the Philosophy of Science (2007, Acumen) which examines the ways in which psychiatric science is like and unlike more established sciences.

From Jan 2013 - Dec 2013 I was awarded a British Academy mid-career research fellowship for work on a project titled "Evaluating the Diagnostic and Statistical Manual of Mental Disorders".

In 2008 I was awarded an AHRC Research Network Grant (along with Havi Carel, UWE) for a project examining Concepts of Health, Illness and Disease.

Philosophy of science and medicine.

Especially philosophy of psychiatry; the nature of disease; metaphysics and epistemology of medicine; classification in science. 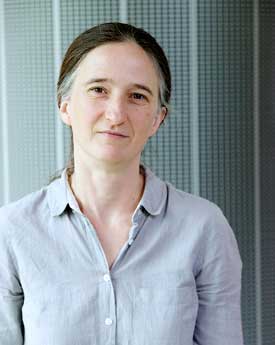