After two years (2010-2012) as Principal Investigator of an ESRC (Economic and Social Research) research project into “Diagnosing Reading Proficiency in a Second or Foreign Language”, I retired in September 2012 and became an Emeritus Professor within the Department. I was fortunate enough to be awarded a Leverhulme Emeritus Fellowship which is enabling me to continue my research, research-related travel and publications until December 2014.

Courses I have taught in the past include:

Charles Alderson is Professor of Linguistics and English Language Education in the Department of Linguistics and English Language, and was Head of Department from 1994 to 1997. From 1997 to 2001, Charles was co-editor, with Professor Lyle Bachman of UCLA, of the international journal Language Testing, and is co-editor, also with Lyle Bachman, of the Cambridge Language Assessment Series (CLAS), published by Cambridge University Press in which the following books have already appeared:

He is also editor of the series Into Europe , published by the British Council and the Teleki Foundation, Budapest, in which Reading and Use of English (Alderson and Cseresznyés, 2003), The Speaking Handbook (Csépes and Együd), The Writing Handbook (Gyula Tankó) and Listening (Katalin Fehérváryné H. and Karmen Pizorn) have been published.

From 1998 till Summer 2000, Charles was on leave of absence in Hungary, where he was Adviser to the British Council, on the English Examinations Reform Project, and Director of Studies of the PhD in Language Pedagogy at ELTE, Budapest.

He was Scientific Co-ordinator of the EU-funded DIALANG project, and welcomes applications from students wishing to engage in research in any aspect of the work of DIALANG or computer-based assessment more generally.

In 2003, Charles received a Leverhulme Research Fellowship to conduct research on DIALANG which resulted in his 2005 book Diagnosing foreign language proficiency: the interface between learning and assessment, published by Continuum

Before joining the Department in 1989, he was a Senior Teaching Fellow and Director of the Institute for English Language Education from 1985 to 1987. Prior to coming to Lancaster in 1980, he was Director of the University of Michigan's Testing and Certification Division, and he taught EFL and Applied Linguistics in West Germany, Algeria, Scotland and Mexico.

He has published many articles in professional journals on language testing, course design and evaluation, and reading in a foreign language. His most recent edited, co-edited and co-authored publications are:

He has also co-edited:

Recent and current research projects directed by Charles include:

Charles was Co-ordinator of the ENLTA Project (European Network for Language Testing and Assessment), funded by the European Commission from 2003 to 2005 to create EALTA, an organisation of individuals involved in language testing or assessment at any educational level.

Current interests include all aspects of language testing, course evaluation, reading in a second or foreign language, and in-service teacher training. He is a member of the Reading Experts Group for PISA 2009 and at Lancaster he is a member of the Language Testing Research Group.

European Network for Language Testing and Assessment. Project funded by the European Commission to create a network of individual language testers in Europe. Grant €158,000
04/04/2003 → 01/04/2005
Other

An Evaluation of the Sri Lankan National Certificate in English. Overseas Development Administration, UK
04/04/1986 → 04/12/1987
Other

Revision of the ELTS test to lead to the new IELTS. British Council, University of Cambridge Local Examinations Syndicate and the Australian International Development Programme. £220,000
03/03/1986 → 03/10/1989
Other

"The Testing of Migrant Health Professionals" Council on Overseas Professional Qualifications, Australia
10/01/1986 → 19/12/1986
Other 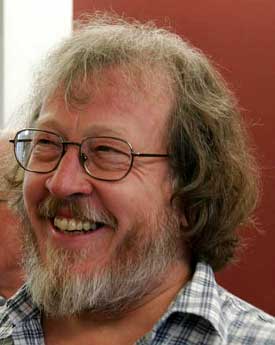