For more information on my research group and our publications see our lab webpage: http://wp.lancs.ac.uk/westermann-lab/

My research is in developmental cognitive science: In my group we use a variety of methods (eye tracking, EEG, NIRS, fast mapping, computational modelling) to study mainly infants' cognitive and early language development. In general I am interested in the question how intrinsic and environmental factors combine to shape a developmental trajectory and eventually, the adult system.

Infants are curious learners and explore their environment freely. In my group we study if there is systematicity to this exploration and we aim to understand how infants actively shape their learning environment to optimize their learning. We also use computational models to develop mechanistic explanation of curiosity-based, intrinsically motivated learning.

We explore how infants learn about objects in the world during their first year of life, and how they learn words for these objects (and actions) during the second year of life. Using eye tracking and pupil dilation, we have investigated how infants combine different object properties (e.g., visual appearance and sound) into a coherent whole, how early words enable infants to shape object categories, and how knowing the name of an object affects the mental representation of this object. We have also investigated how temperament, and specifically shyness, affects early word learning.

I am interested in the relationship between brain and cognitive development and have used computational models to explore this link. This work has so far focused on the development and adult processing of verb inflections, demonstrating how experience-dependent brain development can lead to specialized processing structures that internalize the statistical properties of the environment in the ‘hardware’ of the brain.

“I don’t know but I know who to ask”: 12-month-olds actively seek information from knowledgeable adults.
Oral presentation

“I don’t know but I know who to ask”: 12-month-olds actively seek information from knowledgeable adults
Oral presentation

From curiosity, to wonder, to creativity: a cognitive developmental psychology perspective
Oral presentation 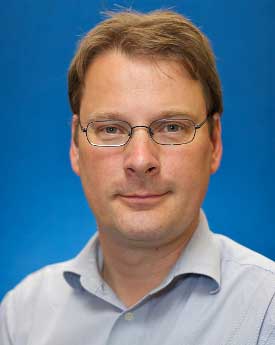