Our current research is aimed at developing new biological markers that will help doctors to improve their diagnosis of Alzheimer’s disease. The work in Dr Crawford’s lab, which is aimed at finding an early cognitive marker of the disease and tracking the objective changes in the severity of the illness, may enable these new treatments to be targeted at an early stage in the course of the disease. In this phase we have decided to focus our research on Alzheimer’s disease itself, rather than potential precursors to the disorder. In subsequent phases of the research program we will also include people who have not yet developed the disease but who are at high risk of developing a dementia. This would enable us to develop new programmes aimed at prevention and reversal of the disease process. Schizophrenia & Bipolar Disorder

Patients with schizophrenia are generally reported to perform poorly on a number of attentional tasks. Illusory line motion (ILM) occurs when one end of a static bar is presented in the vicinity of a recent attentional cue, such as a flashing box. Current research will be investigating whether patients with a psychotic illness, such as schizophrenia and bipolar disorder, perceive illusory line motion in a similar fashion to healthy participants. Further studies are investigating the effects of emotional stimuli on attention elicited by visual cues.Dyslexia

Low level computations that determine the size and direction of a rapid saccadic eye movement form an early component in skilled reading. Normal readers frequently fixate an intermediate point between the start and middle of a word. the natural tendency of the eye to target an optimal viewing location can be studied with single and double targets in non-linguistic displays. Our recent research has examined the saccadic eye movements of dyslexic and normal readers in response to displays of single and double targets. Eye movement analyses revealed no difference in the spacial position of saccadic eye movements of dyslexics and non-dyslexics in response to single targets presented at 5° or 10°. However, when presented with two targets simultaneously at 5° and 10°, in contrast to normal readers, who generated saccades to an intermediate position between the two targets (towards the 'centre-of-gravity'), dyslexics generated saccades that landed close to the near target eccentricity. These finding suggest that dyslexia is associated with a deficit in the processing of global spatial information for the control of saccadic eye movements. Our research program is continuing to explore this issue.

The University of Manchester
Visiting an external academic institution

Psychology (Organisational unit)
Membership of board 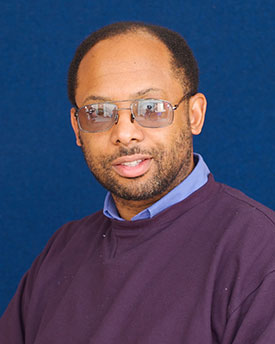