Emmanouil Papaioannou obtained his Ph.D. in Chemical Engineering-Biotechnology in 2009 and his B.Sc. in Chemical Engineering in 2001 both from the Faculty of Engineering, School of Chemical Engineering. He also obtained a M.Sci. in Nanoscience & Nanotechnology in 2004 from the Faculty of Sciences, School of Physics at the Aristotle University of Thessaloniki, Greece. His Ph.D. was in carotenoids microbial production and purification, while at the same time he was working to the EU funded project entitled ‘Nanoimprinting technologies for selective recognition and separation’. His M.Sci. was in modification and activation of polymer surfaces. After the completion of his Ph.D. in 2009, he joined the Natural Resources and Renewable Energies Laboratory (NRRE) at Chemical Process & Energy Resources Institute (CPERI) (Thessaloniki, Greece) working on a number of food waste valorisation programmes (olive oil, pomegranate, wine, tomato etc).

His research interests include (but not limited to) the microbial production and downstream processing as a whole bioprocess, natural products and food chemistry, green and sustainable chemistry, utilization of agri-food industry wastes, nanomaterials and membranes technology, chemistry of surfaces and their modification, chemistry of chromatographic materials, molecularly imprinted polymers, encapsulation of substances in edible matrices.

In 2014, he was awarded a two years Intra-European Postdoctoral Fellowship (IEF) from EU under People Marie Curie-Skłodowska Actions for the proposal entitled ‘Sugar and Oxalate Free Beetroot Juice: Production and Assessment of its Human Health Benefits’ and joined the Northumbria University at Newcastle, UK.

In addition, he was awarded three times the Marie Curie-Skłodowska Actions Grant for short courses (during the period 2008-2010) with the main title “Nano-structured materials and membranes”; that took place sequentially in Patras (Greece), Tweente (Netherlands) and Cetraro (Italy).

In 2011 he was also awarded an annual Postdoctoral Fellowship from the Greek National Institute of Scholarships in the Scientific Field of "Physical Sciences", namely the sub-field of "Microbiology-Biotechnology" with the title "Biotechnological carotenoids production and purification from enhanced agricultural by-products substrates".

He is a regularly invited reviewer for a number of peer-reviewing Journals, such as: Journal of Agricultural and Food Chemistry, Food Biotechnology, Food Research International, American Journal of Food Science and Technology, Biotechnology Progress, Biomacromolecules, Bioprocess and Biosystems Engineering, Preparative Biochemistry & Biotechnology, Food and Bioprocess Technology: An International Journal, Journal of Environmental Chemical Engineering, Industrial Crops and Products. He is also an invited reviewer for research proposals.

Are you working with agri-food waste valorization and are you using membrane processes? Then Dr Giorno and I welcome papers for the Special Issue "Sustainable Food Waste Valorisation by Membrane Technology" @Sus_MDPI#Sustainability #agri-food waste #membranes #bioeconomyMore at: https://www.mdpi.com/journal/sustainability/special_issues/sustainable_food_waste_valorisation_membrane_technology 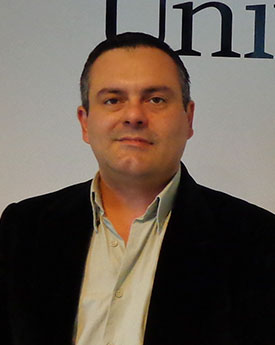