Founded in September 1964, shortly after the foundation of Lancaster University itself, the Department of Physics' world-class research and teaching is grounded in a rich history.

In December 1963, the University announced that Professor Roland Dobbs of Cambridge would be the first Head of the Department of Physics. His vision was to develop the newly formed department into one of the leading physics departments in the country – a vision that has been achieved, as can be seen from our position in UK league tables.

From humble beginnings operating from St Leonard’s House in the centre of Lancaster, the Department began by dividing its research into two fields: Solid State and Theory. The first three undergraduate degree courses were Physics, Theoretical Physics and Applied Physics, and the Department ran the first MSc course on Low-Temperature Physics in the country. The expansion of research areas also led to collaborations at Daresbury and Manchester. By summer 1967, the Department had expanded to 41 members of staff and had begun to move to the Bailrigg campus, which was still under construction. The Department was opened officially in January 1969.

The 1970s and 80s were a period of consolidation for Lancaster. This period saw the introduction of combined degree schemes with other subjects such as philosophy and environmental science, as well as the construction of new laboratories for research and teaching. A number of new lecturers were also introduced as part of the “new blood” scheme, many of whom had interdisciplinary research interests which were seen to breathe new life into the Department. Newly formed research divisions were brought together under a common infrastructure, with teams of dedicated support workers being introduced.

In the 1990s and early 2000s, this quiet growth and consolidation continued despite external pressures. Scientific subjects were under pressure at universities, with physics departments closing across the country. A debate took place in Lancaster regarding whether it should become an arts and social sciences institution, dropping technical subjects entirely. Fortunately, the Physics Department survived and continued to produce world-class research and teaching, with a community focus and friendly atmosphere. Teaching also underwent significant changes, with 4-year MPhys degrees being introduced, as well as the pioneering MPhys (USA) degree scheme, which was the largest such programme in the country.

Physics received an excellent result for the Teaching Quality Assessment in the year 2000, and internationally competitive research was burgeoning in all areas. Papers were produced that were highly cited by international academics, and the Department held the second highest impact factor in the UK in 1997. The Department gained a five-star rating in the Research Assessment Exercise in 2001, and in the 2008 Exercise, the Department was ranked first in the UK, solidifying its position as one of the leading international centres for physics research. By 2012, there were approximately 200 people involved in research in the Department.

Today, the growth that has taken place since the three initial research divisions present in 1970 is apparent. The Department now has nine research groups, and access to internationally renowned facilities such as CERN and the Cockcroft Institute, as well as possessing its own such as the Quantum Technology Centre. The Department is currently undergoing fundamental refurbishments to develop its facilities and teaching spaces and is poised to move from strength to strength in the future. 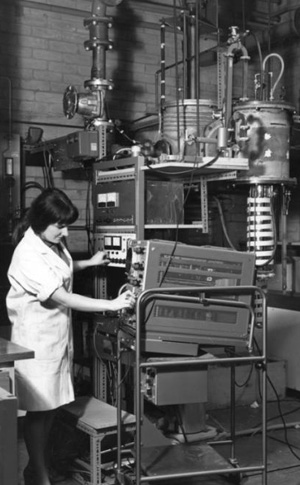