Within Lancaster, Lambert became a Full Professor in 1990, Associate Dean of Research, Faculty of Science and Technology, (2005 – 2010) and in 2010 was awarded a Research Professorship.

He was awarded a QinetiQ Fellowship (2009) was elected as a member of Academia Europaea (2006) and elected Fellow of the Institute of Physics (2000).

He conceptualised, initiated and created the Lancaster Quantum Technology Centre and was the Founding Director until 2013. He led the Physics Department to the highest possible scores in RAEs 2001 and 2008.

During 2005-6 Lambert led a European-level Forward Look in Nanoelectronics and Nanotechnology.

He is a former President and a current Council member of the Lausanne-based computational science organisation CECAM, supported by a a wide range of European funding agencies.

He was Director of the £4.8million North West Science Grid and a Board Member of the N8 Molecular Engineering Translational Research Centre.

In 2004 he created and wrote the Call for the 10 Meuro European Science Foundation, Eurocores programme, "Fundamentals of Nanoelectronics."

In 1997, he was Founding Director of the EPSRC/IOP Theory of Condensed Matter Annual Summer School, ‘Physics By The Lake.’ In 1999, he co-founded the Windsor Summer School series.

Projects are available in all topics listed under 'Research Interests'.

MSI: Biomaterials derived from food waste as a green route for the design of eco-friendly, smart and high performance cementitious composites for the next generation multifunctional built infrastructure
30/09/2018 → 29/09/2020
Research 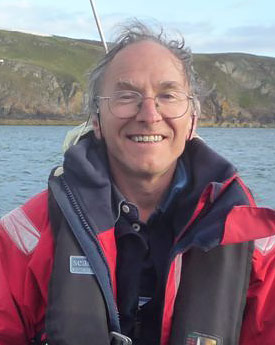